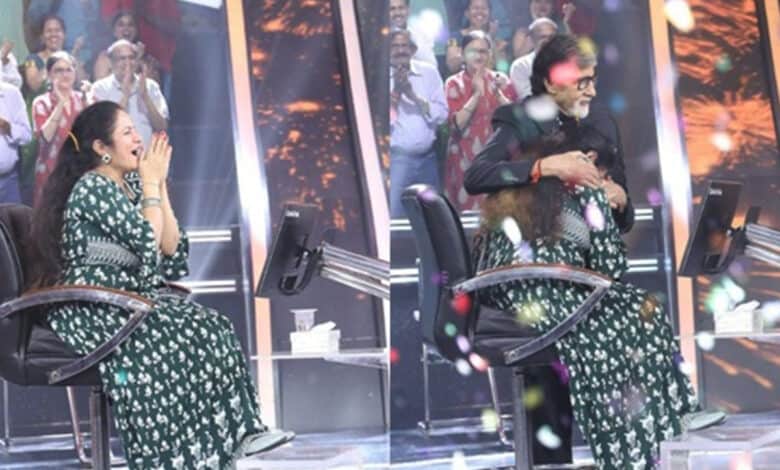 The 45-year-old talked about how she was able to complete her education, despite her father not being prepared to educate her after Class X. She was able to clear Class XII before marriage only because her teacher intervened and reasoned with her father.

Talking about how she prepared for the show, Chawla said: “I used to teach my son Vivek at home and have taught him from KG to Class VIII. I used to prepare for the show along with it because I have always dreamt about going to ‘KBC’ since the time it began.

She continued: “When I used to teach him, I used to study as well and I knew that the knowledge would help me in the future. Whenever I used to get some time off from my household chores I would study to remain updated about current affairs and brush up my general knowledge.”

Kavita added that preparing for the show was not easy. “For a housewife, studies do feel like multitasking and on top of it I had a child and my in-laws to take care of,” Chawla said, adding: “Shouldering those responsibilities and also studying had me understand time management. I did not want to waste time by going out, for instance.”

It took her 21 years and 10 months to finally reach the hot seat and fulfill her dream. On many occasions, her son would prank her, claiming a call had come from the makers of the reality show.

Chawla plans to invest the money she has won “in my son’s future because I want him to study further. I want my son to study and grow and make the country proud.” As for her, she said: “I want to travel across India and experience its beauty.”

Kavita Chawla will be seen on the hot seat on September 19 and 20 on ‘Kaun Banega Crorepati 14’, Sony Entertainment Television.