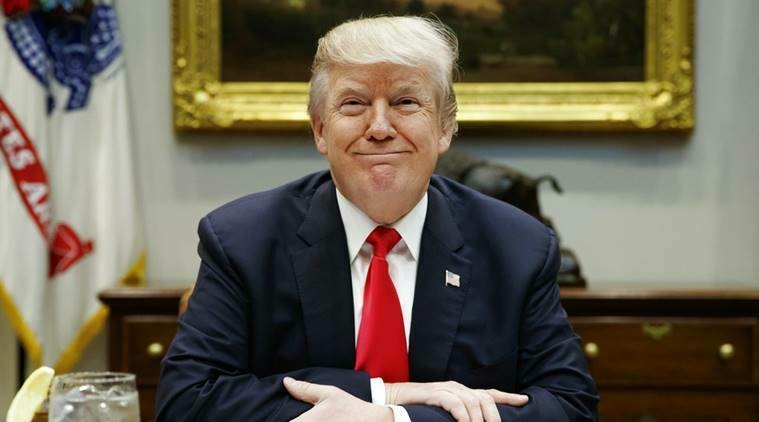 President Donald Trump smiles as he speaks before hosting a lunch with Senate Republicans in the Roosevelt Room of the White House, Tuesday, Dec. 5, 2017, in Washington. (AP Photo/Evan Vucci)

WASHINGTON: US President Donald Trump has ordered the creation of “space command”, a new organisational structure within the Pentagon that will have overall control of military space operations.

The command will be separate from Trump’s goal to build an entirely new branch of the military called “Space Force”, which has not received approval from Congress.

“I direct the establishment, consistent with United States law, of United States Space Command as a functional unified combatant command,” Trump said in a memo to Defence Secretary James Mattis.

“It will develop the space doctrine, tactics, techniques and procedures that will enable our war fighters to defend our nation in this new era,” Pence said.
SpaceCom, as it will inevitably come to be known, will be the Pentagon’s 11th combatant command.

America’s vast military divides the globe into various commands, such as Central Command in the Middle East or Indo-Pacific Command in Asia. The new Space Command would be on equal footing with these.

It will require a new headquarters, as well as a commander and deputy commander who will need Senate approval.

Trump had said in June he wanted to create a “Space Force”, which would be a sixth and entirely new branch of the military alongside the Navy, Marine Corps, Army, Air Force and Coast Guard.

He insists such a move is necessary to tackle vulnerabilities in space and assert US dominance in orbit.

But its creation is not a done deal as it needs to be approved by Congress, and the concept has met with some scepticism from lawmakers and defense officials wary of the cost and added bureaucracy.

The creation of a new Space Force would also set off a turf war within the Pentagon, particularly with the air force, which currently is responsible for most space operations.

Pence spoke to an audience in Florida, where he had been expecting to watch the launch of a SpaceX rocket carrying a new generation of satellite, ordered by the US Air Force, that are much harder for adversaries to jam.

Additional “GPS III,” or third generation, satellites will be launched in the coming years, creating a new constellation of the orbiting craft.