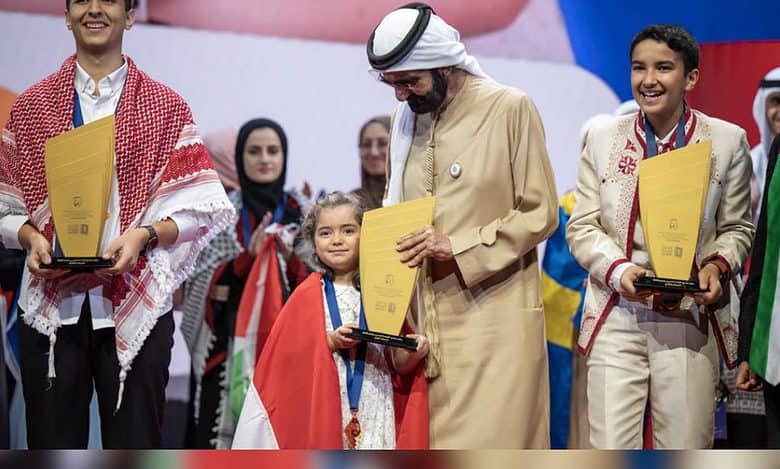 Abu Dhabi: A seven-year-old Syrian war survivor, who lost her father in the deadly bombing, scripted history when she won the Arab Reading Challenge award in Dubai.

Media reports said Sham Al-Bakour, was just six months old when her family’s car was bombed during the violence in Aleppo in December 2015. Her father was killed while she and her mother survived the horrific attack.

Sham has now completed a remarkable journey from tragedy to triumph to win words of praise from Sheikh Mohammed bin Rashid, Vice President and Prime Minister of the UAE and Ruler of Dubai.

At the grand conclusion of the Arab Reading Challenge at the magnificent Dubai Opera, Sham was among the 22.27 million participants from 44 countries, receiving the prestigious award at the hands of Sheikh Mohammed bin Rashid Al Maktoum.

Sham Al-Bakour, who was awarded a prize of 1 million Dirham, displayed confidence and grace at such a young age. She won the title after participating in the reading challenge for the first time.

Khaleej Times reported that Sham read 70 books to win the competition. “I love reading because there’s so much that you can learn so that we can be successful. I invite all children to take part in this competition because it is very rewarding,” she told the newspaper.

And when the jury asked her about the book she had read more than once, Sham said, “Reading a book three times is better than reading three books at once. The book that must be read frequently is the book that talks about the life of the Prophet (Peace Be Upon Him) because of the teachings that We can learn from it and apply to our lives.”

Sham Al-Bakour has received great attention from the public and celebrities on social media, for being the youngest contestant in the Arab Reading Challenge.

“Praise be to God, we concluded today the activities of the Arab Reading Challenge. A competition in which 22 million students from 44 countries participated to read 50 books each academic year. And the winner this year is Sham Al-Bakour from our beloved Syria. Syria is a civilization, language, and culture. Syria is science, scholars, and history,” Sheikh Mohammed bin Rashid Al Maktoum tweeted.

It is noteworthy that the Arab Reading Challenge competition was launched 6 years ago, and requires reading 50 books as a preliminary condition to enter the competition, and 22 million students from 44 countries around the world participated in its edition this year.