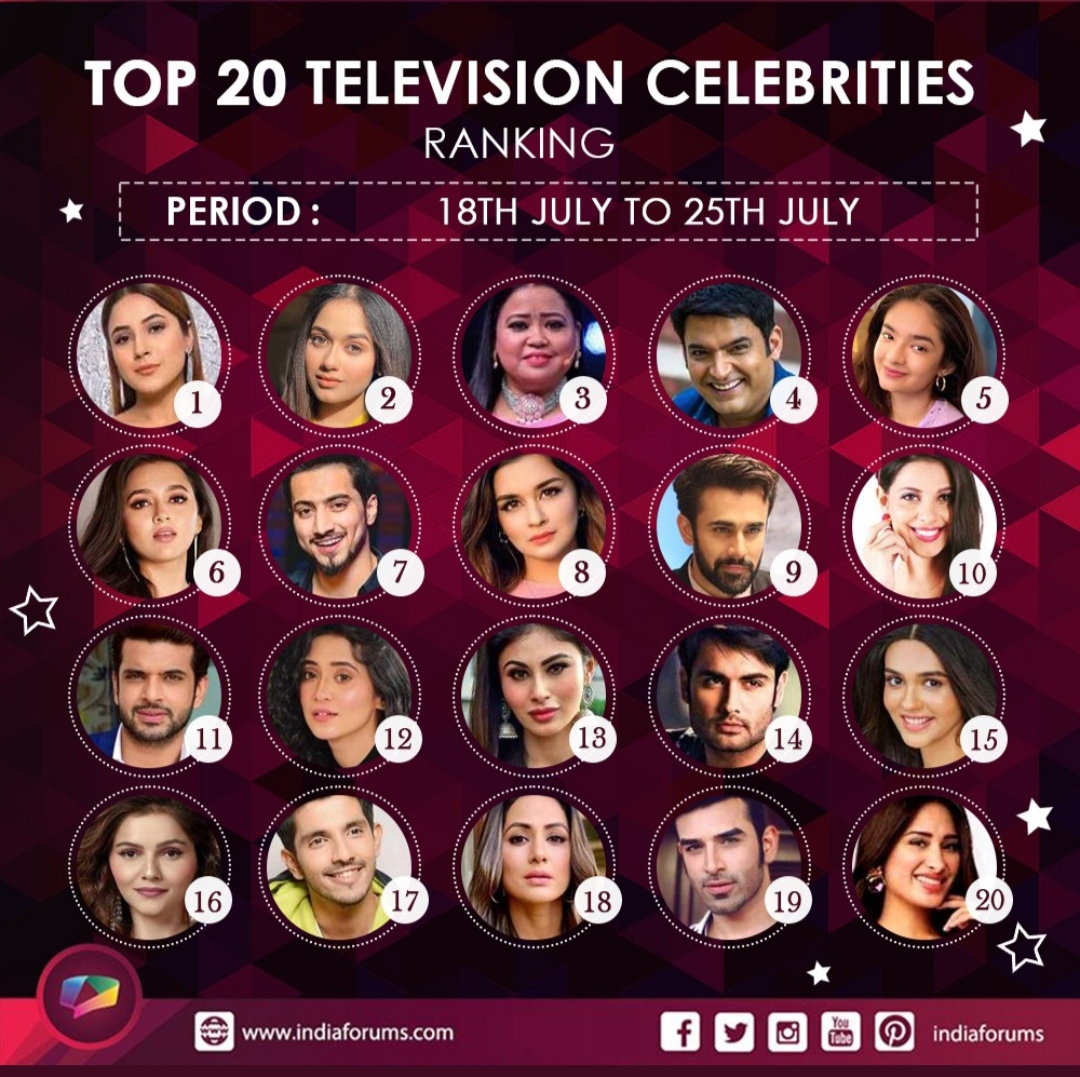 Mumbai: Shehnaaz Gill has been ranked the top television celebrity in the country.

Shehnaaz Gill managed to grab the top position again. She is followed by Jannat Zubair. Jannat is trending due to her stint in Khatron Ke Khiladi 12′.

Tejasswi Prakash’s absence from the top 5 has come as a shock. She has been pushed down to the sixth position.

Lock Upp winner Munawar Faruqui lost his spot in the top 20 this week.