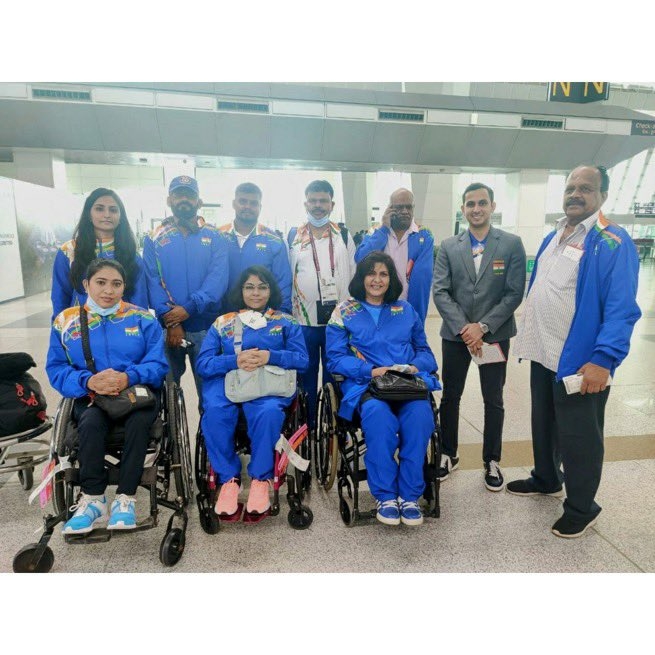 Indian para-athletes are expecting to put up a great show at the Tokyo Paralympics which will get underway from August 24.

As many as 54 para-athletes in nine sports from India are competing on this big stage expecting to win at least 15 medals.

The Indian para-athlete contingent landed in a Tokyo earlier this week.

“They always shine but haven’t always been highlighted. India has won 12 medals in total since the 1960s, and now, we are expecting our contingent to win 15 medals this time around. So from 1960 to 2016, we won 12 medals, but we have set the target of 15 in the Tokyo Games. It is an exponential jump and we are expecting 5 to 6 gold medals,” Deputy Chef de Mission (CDM) Arhan Bagati was quoted saying by news agency ANI.

On Tuesday, the athletes interacted with Prime Minister Narendra Modi, an experience that Arhan said would work as a huge confidence booster for the former.

He said the para-athletes have been performing consistently in the lead-up to the Games and it augurs well for the India contingent going into the Tokyo 2020 Paralympic Games.

“This is a curation of the data we have received keeping an eye on their recent performances. We have consistently won gold medals in international events in the lead-up to Tokyo 2020 Paralympics and set multiple world records. There has been a sea change in the amount of awareness with regards to Paralympics as compared to the Rio Games and this has changed the mindset as well,” he explained.