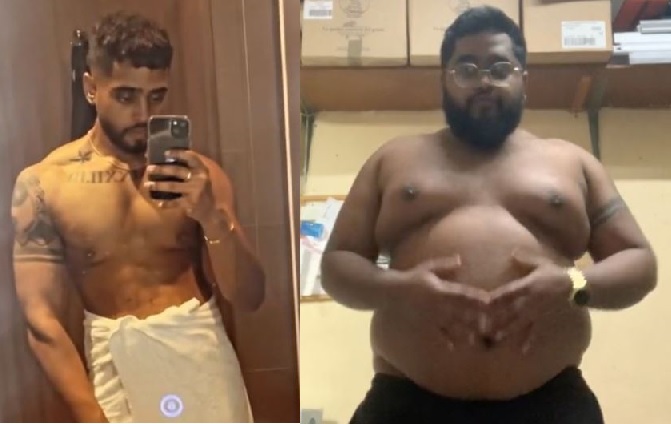 A  jilted lover shed 70 kg after his girlfriend dumped him for being ‘too fat’.

Hurt by stinking remarks by his girlfriend,  he decided to lose weight and miraculously became able to get a physique with muscly arms and rock-hard abs.

“The lad looks totally unrecognizable as he dropped down from a size XXXL to a small. Puvi now has a ripped physique with muscly arms and rock-hard abs while his face has also become more chiseled,” reported Daily Star.

Earlier, his weight was 139 kg. Puvi worked hard in the gym and was able to shed 70 kilos.

The huge body transformation story of Puvi has become an inspiration.