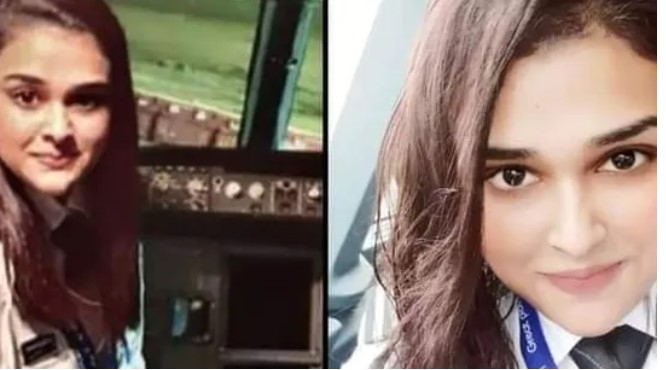 A 24-year-old pilot from Kolkata’s New Town is all over the Internet and rightly so, as she rescued over 800 Indian students who were stranded in Ukraine’s Polish and Hungarian borders and brought them back home safely.

Mahasweta Chakraborty, a member of ‘Operation Ganga’, flew six evacuation flights – four from Poland and two from Hungary – between February 27 and March 7 to rescue stranded students amidst Russia-Ukraine crisis.

The 24-year-old called it an “experience of a lifetime”.

“It was the experience of a lifetime, rescuing those students in their late teens and early twenties, many of whom had fallen sick and had traumatizing tales of survival,” Chakraborty told Times Of India in an interview.

“I salute their fighting spirit and am extremely proud of having played my part in their journey back home,” she added.

The pilot has been flying a private carrier for the last four years.

Chaktraborty got a late-night call from her airline and was informed that she was picked to fly the aircraft on this rescue mission. “I packed in two hours and left. I flew to Istanbul, two-and-a-half hours from Poland, from where we were instructed to operate the rescue,” she said.

Apart from Air India, airlines such as IndiGo and SpiceJet also joined India’s efforts to rescue stranded Indians under ‘Operation Ganga’ in which the country operated over 75 flights to get back Indian nationals.

The Indira Gandhi Rashtriya Uran Akademi graduate flew for 13-14 hours and recalls how traumatized the students were. “We offered them food and beverages, but they didn’t event want to drink water. All they wanted was to go home,” she added.

During initial phases of Covid-19, Chaktraborty was also part of emergency operation ‘Vande Bharat’ and feels thankful for the contribution she could make to the society.

“But the real heroes are these young students who fought hunger, thirst, death threats, extreme weather and career uncertainty in their bid to escape the war-torn country,” she said.