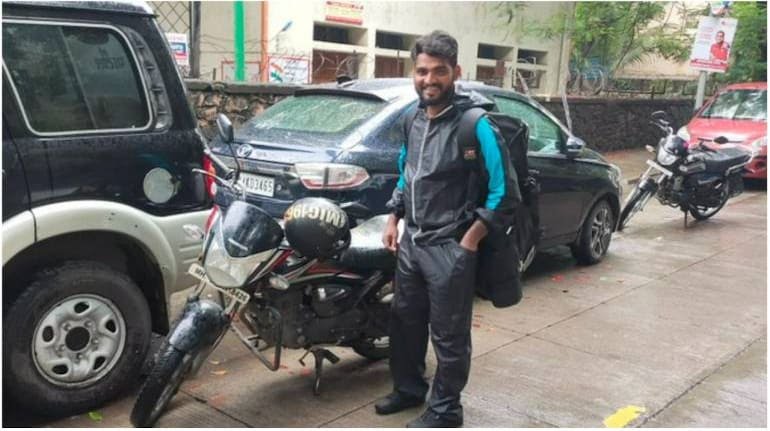 Call them unlikely heroes, an Amazon delivery man, a school watchman, and a resident of Thane saved a schoolgirl from horrific injuries.

Three of them came together to save a 12-year-old student who met with a shocking incident at Vasant Vihar Municipal School in Thane, Mumbai.

It was raining and the little girl was playing near the metal gate of the school. In a blink of an eye, the gate broke, and a part of it pierced her cheek. The girl screamed, alarming the school watchman and Amazon delivery executive, Ravi Bhandari, a resident who was passing near the school on his bike.

Ravi told Free Press Journal that on hearing the girl crying for help, he stopped his bike and rushed toward her. “As I got closer, I saw that a metal piece of the gate, which had been jutting out, had embedded itself in the right side of the girl’s face, very close to her eye,” he said.

The man further stated that the girl was terrified and any movement on her part could have resulted in a more serious injury.

With his bravery and remarkable presence of mind, Ravi held onto the metal gate for almost 30 minutes to ensure it doesn’t injure the girl any further. Meanwhile, Pratik Salunke, who lives across the street from the school, heard the disturbance and rushed down from his apartment.

Pratik and the school’s watchman requested a passenger to call the nearby Vasant Vihar municipal hospital for help. Following this, a team headed by Dr. Mushtaq Khan rushed to the spot.

Fortunately, Dr. Mushtaq was successful in removing the metal piece from the girl’s cheek after which she was rushed to the hospital. Her parents, who had by then reached the school, joined her in the ambulance.

The resident later took to his Twitter handle to post about the incident. In his tweet, he praised the Amazon delivery driver Ravi Bhandari for his bravery, patience, and dedication in saving the schoolgirl.

Netizens flooded the comment section of the post to appreciate and thank the Amazon driver. Many also called Amazon to reward him.

Speaking about the incident, Ravi said that it was easily the most terrifying experience of his life. “I have a two-and-a-half-year-old daughter and I can’t stop thinking about what I would have done if, God forbid, something like this happened to her,” he further mentioned.