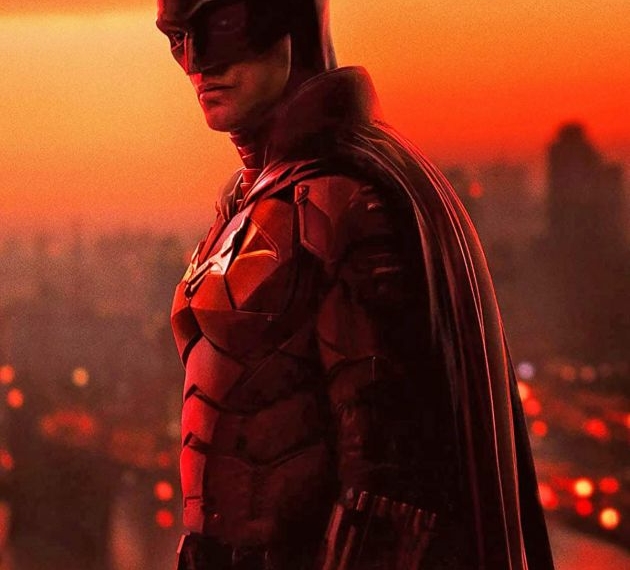 Twists and turns, shocking revelations, explosions, chase sequences and a lot of moodiness make The Batman a riveting movie going experience, notes Aseem Chhabra.
How do you narrate a story that is over 80 years old, and has been retold countless times on television shows and films — starring major Hollywood actors Michael Keaton, George Clooney, Val Kilmer, Christian Bale and Ben Affleck, and still keep it engaging for obsessive fans?
You make the film dark like The Batman, as conceived by Director Matt Reeves and co-written by him with Peter Craig (The Town, The Hunger Games) — so dark in texture and plotline that there is hardly any moment of happpiness in the film; virtually no scenes in the daylight; so dark that most of the film is in shades of black and gray, with flashes of light when we see explosions, gun shots or brief moments of early morning sunrise. And the dark tones add to the noir mood of this top-quality thriller.
Reeves is an apt choice for the next round of films of the Batman franchise. After all he had successfully rebooted the Planet of the Apes franchise with two films — The Dawn of the Planet of the Apes (2014) and War of the Planet of the Apes (2017).
The new film is a definite A-list star making turn for Robert Pattinson, an actor who started his screen career playing a 108-year-old vampire. His Batman, especially the alter ego Bruce Wayne, is a brooding, introverted character, lost in thoughts about his dead parents. He has dark long hair covering part of his pale face, giving him a punk, Goth-like look.
The Wayne family’s loyal servant Alfred Pennyworth (Reeves’s regular actor Andy Serkis) implores Bruce to be engaged with the outside world, especially that he should take more interest in the family business he has inherited from his parents. But this Bruce Wayne is a loner.
As Batman he does find a love interest in Cat Woman/Selina Kyle (a gorgeous Zoë Kravitz), but the slight flirtation happens only on the job. As opposed to that Val Kilmer’s Batman/Bruce Wayne from Joel Schumacher’s Batman Forever (1995) happily allowed to be seduced by Nicole Kidman, playing Dr Chase Meridian.
If Bruce steps out of his castle-like abode, it is only when a distress signal (the light in the sky) is sent out to him by his police buddy Lieutenant James Gordon (a terrific Jeffrey Wright).
“When that light hits the sky,” Batman says, “it’s not just a call. It’s a warning to them.” When a group of small-time gangsters on a subway platform ask Batman who he is, he responds by saying one word — “Vengeance.”
To that the audience in the house-full theatre in South Delhi, cheered with joy, just as they did when Batman first appeared out of the darkness onto the subway station.
Once he steps into his batsuit, and puts on the mask, the almost depressed Bruce Wayne transforms into a driven man. The Robert Pattinson as Batman, with his prominent jaw and seething eyes, is very different from the Robert Pattinson as Bruce Wayne.
And the calls come often as Gotham — a dingy, terrifying portrayal of Manhattan, with shades of Chicago and Pittsburgh, is ravaged by petty criminal activities, while a serial killer is loose murdering one prominent city leader after another — starting with the mayor (Rupert Penry-Jones), the police commissioner (Alex Ferns) and then the gruesome murder of the district attorney (wonderfully played by Peter Sarsgaard).
The killer leaves cards with riddles for the Batman and that is how we know his identity as the Riddler (Paul Dano). This Riddler is a recluse who lives alone in a messy apartment, and dresses in drab shades of green.
In fact, the only time we see him in any color is towards the end of the film when he is wearing red and white prison outfit. He is a fascinating, menacing killer, but lacks the flashiness of the last Riddler we saw — Jim Carrey in Batman Forever with his green skin-tight outfit and the shocking fiery red hair.
Stopping the Riddler, trying to stay a step ahead of him becomes the main mission of Batman and Gordon. But there are also other criminals Batman has to deal with, including Oz, the Penguin (an unrecognisable Colin Farrell) and Carmine Falcone (a fine John Turturro) who has a past history with Bruce and also Selina.
When The Batman’s trailer was released fans and some bloggers found similarities between the messages left by the Riddler and the serial killer in David Fincher’s Se7ven (1995). The approach appears to be same — words scrawled on floors and walls, intended to pull Batman and detective David Mills (Brad Pitt) of Se7ven into the twisted, deranged games the respective killers are playing.
The similarities end there. Reeves’ The Batman is a fine updated companion piece to the other feature films based on the characters created by Bob Kane and Bill Finger. And there are enough contemporary changes to make the new film stand out from the preceding explorations of the franchise. Reeves and Craig have taken several liberties with the characters to make them appear fresh.
If the studio and fans are accepting of such liberties, I hope that in the next film Reeves may consider sending Bruce for therapy to deal with his childhood trauma. He definitely needs help.
If Tony Soprano, our modern day mafioso, can seek therapy, Bruce Wayne should be sent for intense sessions with a mental health professional.
The Batman is 2 hours and 55 minutes long, with a forced intermission in Indian theatres. But there are twists and turns, shocking revelations, explosions, chase sequences and a lot of moodiness to make this is a riveting movie going experience.