`Thanda, Thanda, Cool, Cool’: Politician distributes watermelon with his name carved on them 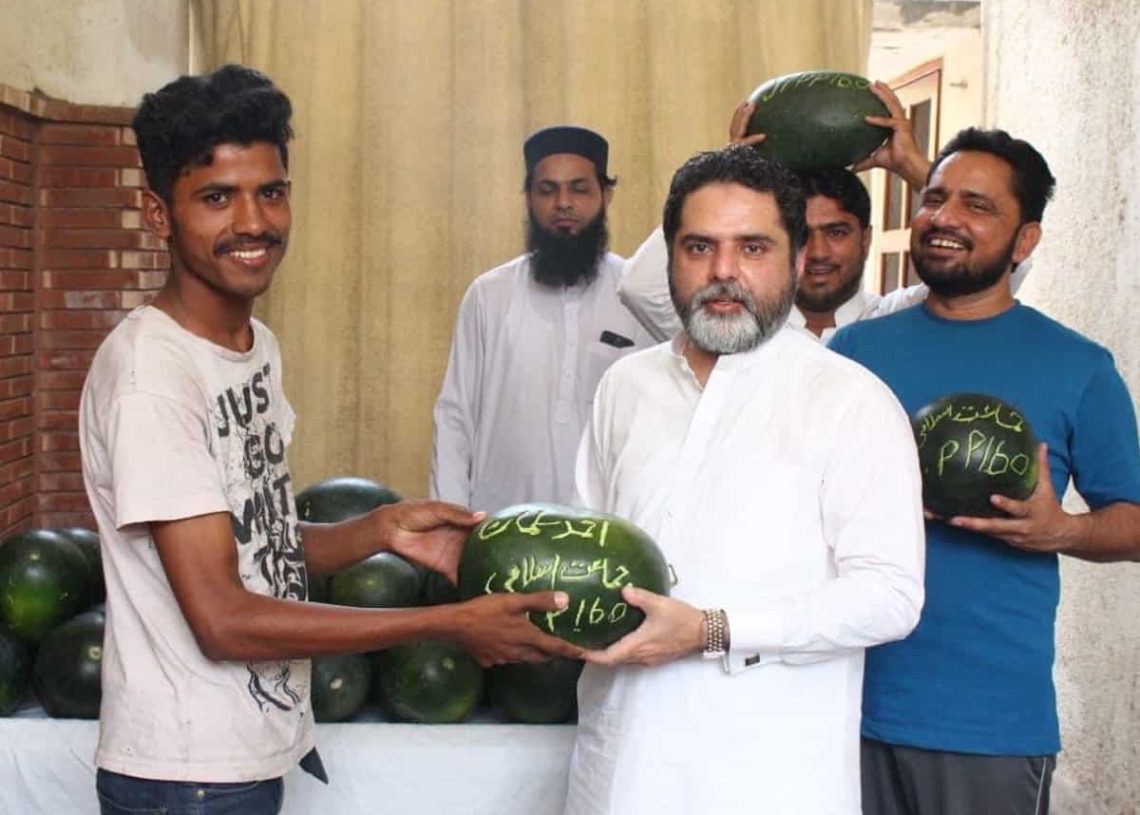 Lahore: A Lahore-based politician came up with a novel and cheap idea to help people to beat the scorching summer heat.

Ahmad Salman Baloch decided to gift watermelons to people with his name carved on them, Samaa TV reported.

He gathered people in a room and seated them in front of a table full of watermelons as they waited for their turn to receive the juicy fruit as a gift.

They posed one by one as Baloch handed over watermelons with his name carved on them, Samaa TV reported.

However, when the visuals from the watermelon distribution ceremony made their way to social media, people reacted with a range of emotions — some appreciation, more sarcasm.

Social media pounced on the chance to poke fun at this unusual activity.

“Watermelon with watermark,” one user called it, before asking the party what was wrong with it.

One user couldn’t believe his eyes seeing watermelons being distributed among the people. Some users were critical of Baloch using this simple act to show off.

One user said the party is gearing up for the elections by distributing watermelons, Samaa TV reported.

“Tarbooz politics. With his and party’s name inked, Jamaat-e-Islami leader distributes watermelons in a Lahore constituency,” read one comment on Twitter.

The reaction did not impress Baloch who said people failed to see the “larger cause” behind his actions.

Baloch said the watermelons were distributed among children for whom his party routinely holds fun activities.

The reactions, however, failed to deter Baloch from repeating this act in the future — although with a different fruit. He is already thinking of ideas for the upcoming mango season.

“Sweet mangoes arrive [in the market] after June 1. After eating the first mango of the season, [we will] brainstorm ideas as to how to turn mangoes into the watermelon,” Baloch said