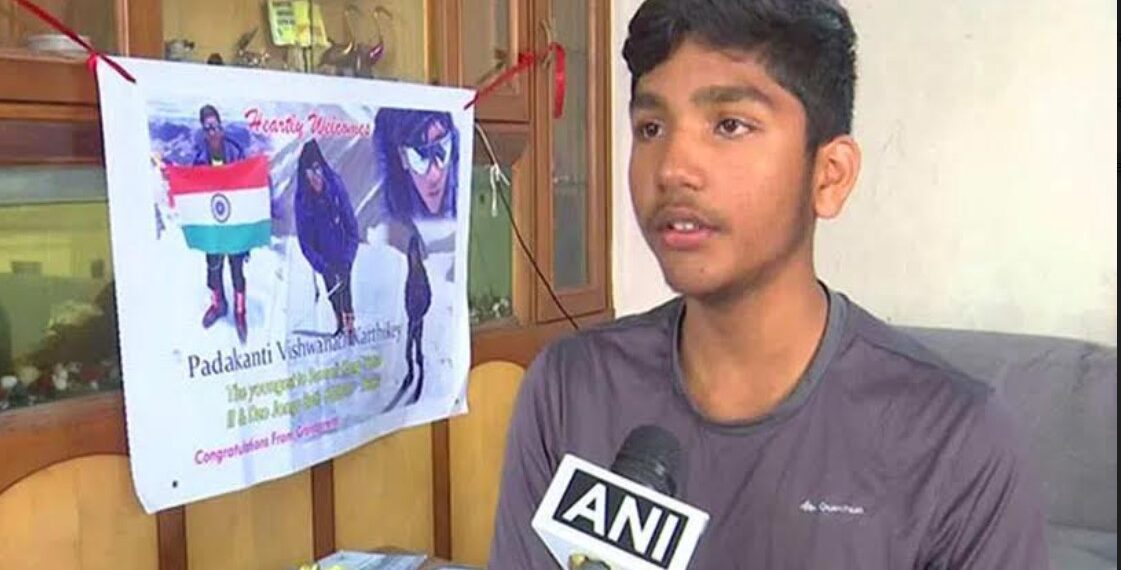 Vishwanath Karthikey, a student studying in Class IX, of a school in Hyderabad managed to achieve this feat.

“I started trekking to Kang Yatse and Dzo Jongo on 9th July and ended it on 22nd July. The journey from base camp to the summit, when we reached the crampon point was not so easy. It is because, at higher altitudes, the air pressure decreases. However, I did not give up and the first feeling was a memorable one. I remembered the hard work I had put in to achieve this feat and now it has come true,” he told a news agency.

Karthikey said before this trek, he went through several failures in life. He said he couldn’t complete his trek on Mount Rudugaira near Gangotri and Mount Elbrus in Russia. But these unsuccessful attempts were just a blessing in disguise, he said.