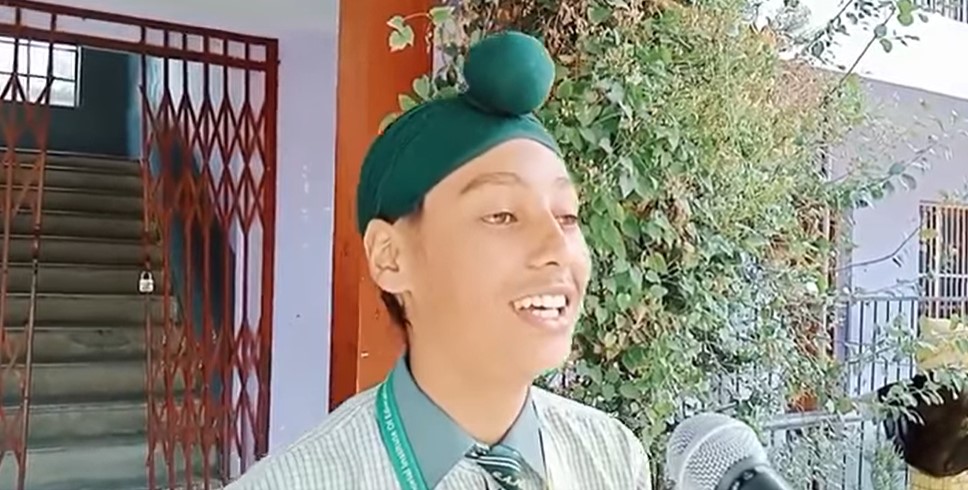 SRINAGAR:  A Sikh student singing a Kashmiri song dedicated to mothers is breaking the internet.

The 3.20-minute video has now gone viral. It has created quite a buzz on social media.

“Wah bahut khub,” said one user on the Facebook

“Super kid,. May Allah bless you,” said the third.

In the video, the boy, who is around 5 or 6 years old, is asked by his teacher what his name is.

“Gurmeet,” the cute kid replies. “In which school do you study?” the teacher asks. “GMS Tangmulla,” the boy replies. The teacher then asks him what he will sing. To which the boy says “Bishte Bishte Byareo”.

He then goes on to sing the famous rhyme that many of the Millenials must have sang during their childhood. “Bishti Bishte byareo khotkho wann, torre kyo woluth babbre pann…”

The Sikh child sings it in his unique way cutely mispronouncing several of the words that make the video even more adorable.