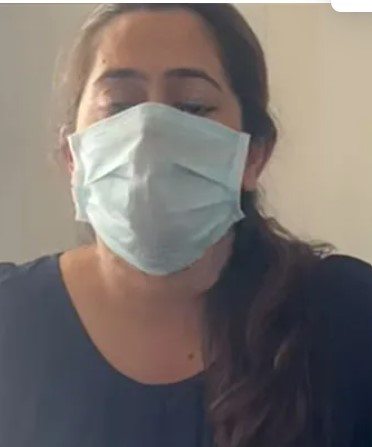 A teacher of the Neerja Modi School, Udaipur, Rajasthan has been served a termination notice for ‘celebrating’ Pakistan’s recent T20 World Cup match victory against India.

After Pakistan defeated India by 10 wickets on Sunday, a WhatsApp post of the teacher identified as Nafisa Atari had gone viral.

She had shared an image of Pakistani players with the text, “Jeet gaye, we won”.The day after the match, a termination notice issued by the Sojatia Charitable Trust too went viral. The trust, which runs the Neerja Modi School, did not mention the reason as to why Nafisa was terminated.However, the Neerja Modi School has confirmed the news to the local media in Udaipur that the information floating on social media platforms regarding the WhatsApp post of Nafisa was accurate.

Now, in a YouTube video, Nafisa has claimed that her message was taken out of context and that she was a patriot.

She also said she ‘could not support Pakistan ever’.

“During the match, our family got divided into two teams and we were supporting our own teams. It does not mean that I was supporting Pakistan……as we were in a mood of fun and humor, one of the parents who is on my contact list, asked if I support Pakistan. I said yes. I thought it was a joke as there was an emoji at the end of the message,” she added.