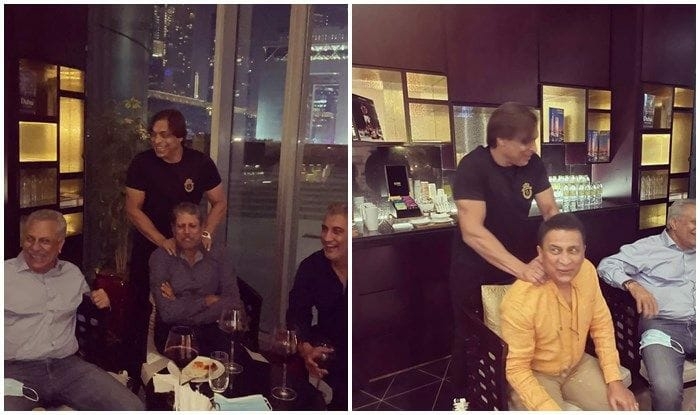 Days ahead of the mega-clash between India and Pakistan at the T20 World Cup, ex-cricketers from the two countries caught up and had a blast it seems – going by the pictures.

While Akhtar gives Kapil a shoulder massage in one of the pictures, in the other, he is giving Gavaskar a massage.

Akhtar shared the pictures and captioned them as: “Chilling with the best of the best. The great Zaheer Abbas, Sunil Gavaskar & Kapil Dev. All set for the cricket ka maha muqabla.”

The clash between and Pakistan would take place on October 24 in Dubai is arguably the most-awaited cricket match of the year. It would be the first match for both sides and they would like to get their campaign off to winning starts.

The Virat Kohli-led Indian side would start overwhelming favourites against Pakistan given their record against them in World Cups. The Men in Green have never defeated India at the WC stage. India enjoys a 12-0 record over them.

The fan fervour and the predictions have already started on social media and the hype is absolutely expected. The last time the two teams were during the 2019 World Cup in England where the Kohli-led side emerged on top.