Shocker: Colorism-obsessed bride calls off wedding because groom was `too dark’ 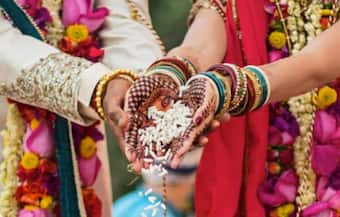 Etawah (Uttar Pradesh); A bride called off the wedding after she found the groom to be ‘too dark’.

According to reports, the incident took place in Bharthana in Etawah on Thursday when the bride Neeta Yadav was all set to marry Ravi Yadav.

The couple exchanged garlands and trouble began when the actual wedding ceremony began.

After taking two ‘pheras’ Neetu suddenly announced that she was calling off the marriage.

She said that the groom shown to her earlier was not the one whom she was marrying. She also stated that his complexion was too dark for her liking. She left the ‘mandap’ and did not return even after persuasion by her family members.

Attempts to convince the bride continued for over six hours after which the groom and the ‘baraat’ agreed to return without solemnizing the wedding.

The groom’s father has now lodged a complaint with the police saying that jewelry worth lakhs of rupees which had been gifted to the bride, had not been returned to them.

The groom Ravi said that his life had been jeopardized after the incident.

“The girl and her family had come to meet me several times and I do not know why they suddenly changed their mind. The incident has traumatized me,” he said.