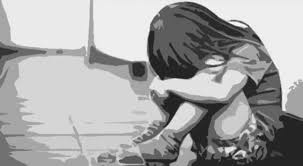 New Delhi: A 9-year-old girl was allegedly raped on Friday while she was playing on the street close to her house in east Delhi and the accused has been arrested, police said.

The official said the police have identified the accused as Mohd. Shajid (46), a resident of Bihar’s Begusarai.

According to the official, a PCR call was received at Seelampur police station around 11.15 a.m. informing that a girl aged 9 years has been raped at New Seelampur.

“Immediately the police team reached the given location and the victim girl was shifted to JPC Hospital for medical examination, which confirmed the rape,” the official said.

Even as the girl was shifted to hospital, the police were working to solve the case and zeroed in on the accused, who works in a small factory located very close to the residence of the victim and was known to her.

“Today while the victim girl was playing on the street, the accused lured her and committed the rape in the factory,” said the official.

During preliminary investigation, it has also emerged that the girl has been suffering from mental diseases since her childhood. Further investigation of the case is in progress, the official added.