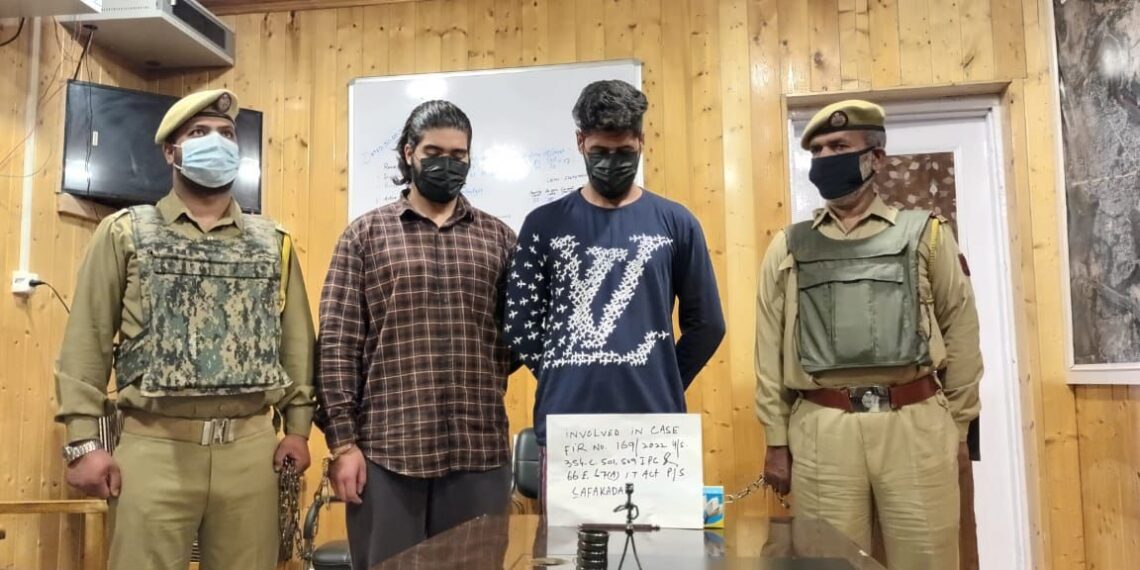 Srinagar:  Police have arrested two persons for blackmailing a girl and circulating her video on WhatsApp.

Police received a written complaint from a resident of Srinagar stating that an obscene video of his niece was captured by two boys, Danish Majeed Bhat of Noorbagh and Aadil Ahmed Rather of Shunglipora.

Later, they extorted money from the victim threatening to circulate the video on social media. Subsequently, both accused shared the video on Whatsapp.

Acting swiftly, the police arrested both the accused persons immediately. They have been shifted to Police Station where they remain in custody.

Accordingly, a case under relevant sections of law was registered in Police Station, Safakadal, and started an investigation into the matter.

“Community members are advised to delete the said video clip immediately if they have received it, and anyone found involved in the circulation of the said video shall be liable to strict legal action under the law,” police said.