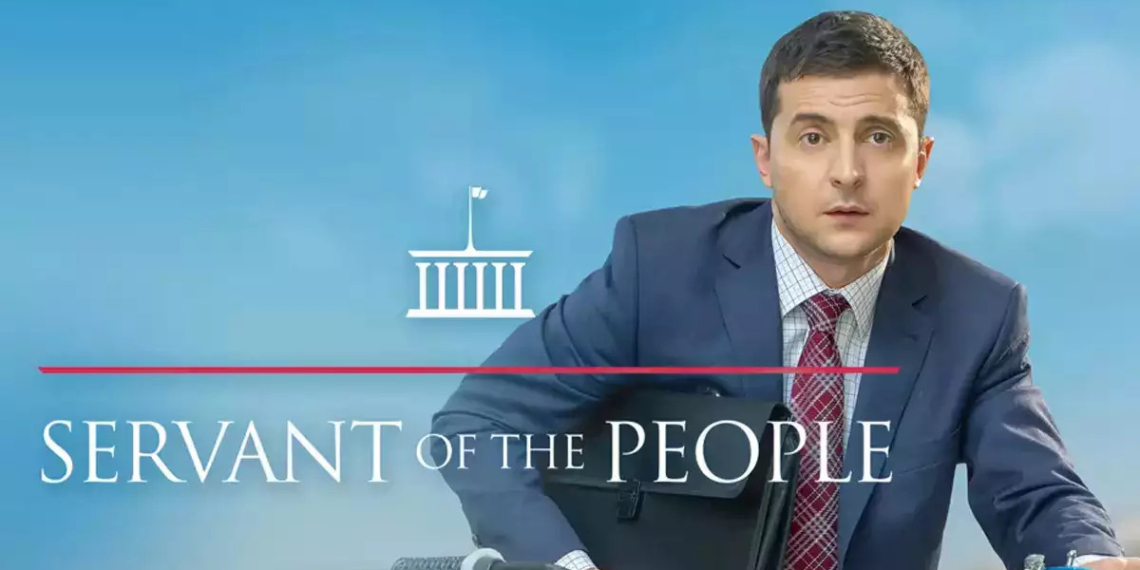 `Servant of the People’, the 2015 comedy series starring Ukrainian President Volodymyr Zelenskyy is setting a new record of popularity in the west.

Goloborodko sets about running the country while eschewing the perks of being a leader by keeping hold of his normal life.

A hit in Ukraine, where it ran for three seasons and a spin-off movie, interest in the show has peaked since Zelenskyy became the face of the nation after Russia’s invasion.

Eccho Rights has distributed the programme made by Zelenskyy’s Studio Kvartel 95 since it launched. The company’s managing partner, Nicola Söderlund, said sales have increased dramatically in the last few days, calling interest in the program “remarkable.”

“It’s quite an old show already,” he explains. “But, of course, given the circumstances, it’s become very, very, very interesting for everybody.”

Channel 4 has announced it has the rights to “Servant of the People” in the U.K. and plans to broadcast an episode on Sunday, alongside a current affairs show about Zelenskyy.

Eccho Rights also reported deals with MBC in the Middle East, Greece’s ANT 1, and PRO TV in Romania, as well as broadcasters in Bulgaria, Moldova, Estonia, France, Finland, and Georgia. It was not immediately clear who, if anyone, had U.S. rights.

“People get surprised that a comedian can be a politician, but he was,” says Söderlund. “His skills in getting compelling messages to the people, which is what to do if you’re a TV host, has helped him a lot becoming a politician.”

Zelenskyy’s profile has skyrocketed during the invasion as he was a tireless advocate for Ukraine, appearing with countrymen and on near-constant video addresses. Turning down an offer to escape the country and instead of pleading for help made him a hero to many watching.

Eccho Rights has donated 50,000 Euros to the Ukrainian Red Cross, which Söderlund says should offset the money they’ve made from selling the show. The company has also removed any Russian or Russian-produced TV shows from its catalog.

Söderlund met Zelenskyy in 2012 when they distributed one of his comedy shows called “Crack Them Up,” where ordinary people have to make comedians laugh. The premise of “Servant of the People” appealed to him right away.

Zelenskyy mined the humor of an ordinary man in a corrupt society riding his bike to the presidential palace, forgoing a pay raise and living at home with his mom. “That was kind of the idea,” Söderlund said, “and I loved it.”

“Servant of the People” won the best feature series award at the Teletriumph Awards in Ukraine and also the Gold Remi Award for Television Comedy at the 2016 WorldFest in Houston.