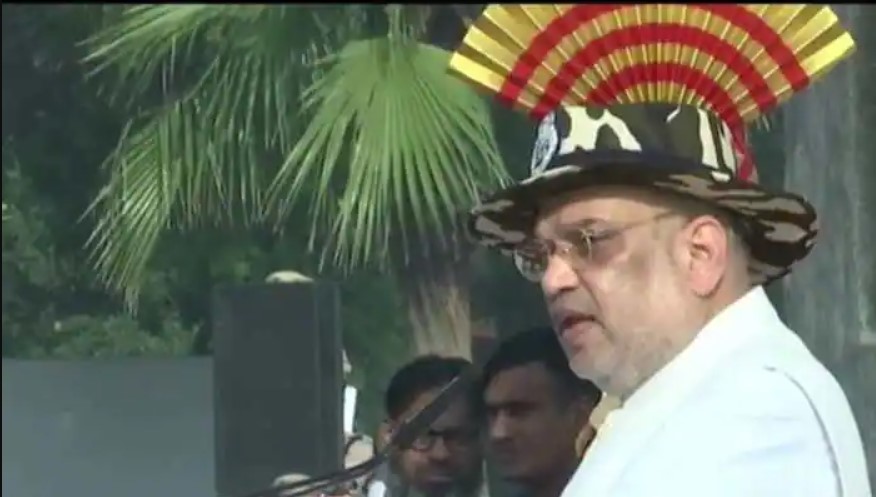 New Delhi: Union Home minister Amit Shah on Friday said the security situation in the insurgency-hit areas of the northeast and Jammu and Kashmir as well as in the states affected by Naxal violence has improved over the last eight years of the Narendra Modi government.

“In the northeast, we have removed the special powers given to the armed forces (under the AFSPA) and instead, given special powers to the youngsters there, resulting in a decline of violence in these areas by more than 70 per cent,” he said.

The situation in Jammu and Kashmir is such that those who used to throw stones at security personnel earlier have now become “panches” and “sarpanches”, Mr Shah added.

In the states affected by Left Wing Extremism (LWE), the national anthem is being sung in Eklavya schools while the national flag flutters on these buildings, he added.

Amit Shah said India is proceeding on the path of development due to the sacrifices made by the police and paramilitary personnel across the country.

Paying his tributes to these personnel, he said they played a leading role during the COVID-19 pandemic.

The National Police Commemoration Day is observed in the memory of 10 Central Reserve Police Force (CRPF) personnel who were killed on this day in 1959 in an ambush by Chinese troops in Ladakh’s Hot Spring area.