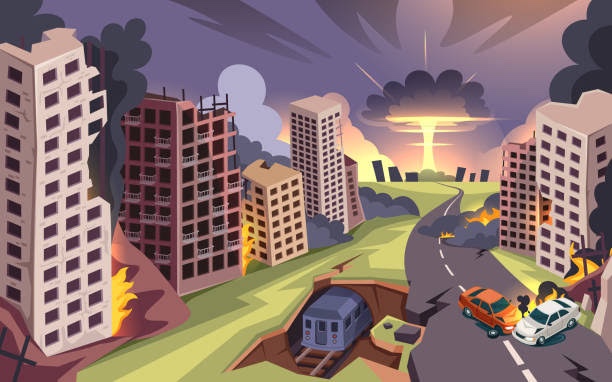 Srinagar:  Jammu and Kashmir government has decided to conduct a safety audit of old buildings to identify the structures which are prone to disasters, particularly earthquakes.

Srinagar city being has scores of buildings, which are old and are vulnerable to disasters including earthquakes and fires.

As such the administration in its District Disaster Management Action Plan (2022-2023), Srinagar has decided these public buildings, which house schools, hospitals, colleges, and courts be identified.

District Disaster Management Action Plan recommended retrofitting these structures to prevent any loss of life and property during natural calamity.

“The estimates shall be framed for effecting necessary repairs and reinforcements in these buildings,” it said.

Seismologists have sounded a warning and said that in the wake of the recent quakes, precautionary measures should be taken urgently.

District Disaster Management Action Plan said  Srinagar has many areas, which are very susceptible to natural calamities like earthquakes, landslides, and erosion.

“A high-intensity earthquake in congested localities, where non-engineered houses and buildings have come up, can cause huge fatalities, more so when thousands of people live in clusters having weak structures and narrow lanes. At the time of earthquake panic-stricken people usually run out of their houses and in congested localities they could come under the falling debris,” it said.

The action plan suggested that disaster-prone and vulnerable areas in Srinagar be identified “so that residential colonies are raised at safe locations and people living in risk-prone areas are rehabilitated elsewhere.”

“Geology and Mining department shall be involved in the identification of vulnerable areas. The concerned department would be asked to prepare a geological map which would delineate areas in district Srinagar that can be exposed to the impact of strong earthquakes and other natural disasters,” it said.

An official from the Disaster and Management Department said they have already started auditing the government building in the district.

“Usually, the activity begins regularly in the district. The authorities conduct safety audit of the buildings where there is public dealing,” he said.