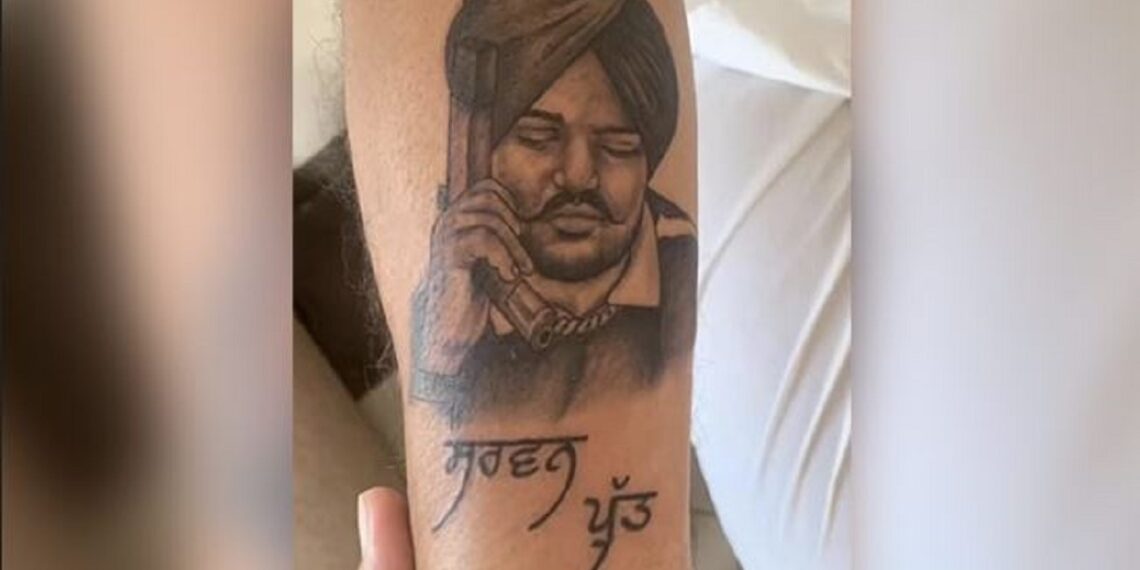 Sidhu Moosewala father tattoo: Sidhu Moose Wala, the murdered Punjabi Singer, has received a heartfelt tribute from his father Balkaur Singh who got his son’s face tattooed on his arm.

A video posted on the deceased singer’s Instagram page showed his father getting the tattoo. The tattoo artist was seen copying the picture from a phone while inking it on Balkaur’s arm.

The picture shows the singer posing with a gun next to his face. Next to the portrait, Balkaur Singh got ‘Sarwan Putt’ (obedient and caring son) inscribed.

Balkaur Singh has publicly demonstrated how heartbroken he is after his son’s death. After the singer’s cremation, he removed his turban and held it out in his hands towards a sea of people, in what many believed was a moving gesture to show he has lost everything.

Sidhu Moose Wala, the 28-year-old singer, was gunned down near his village in Mansa on May 29, a day after his security was scaled down by the newly formed Bhagwant Mann government.

Balkaur Singh was following his son in a car with two armed personnel when the killers rained bullets on the singer and his two friends.