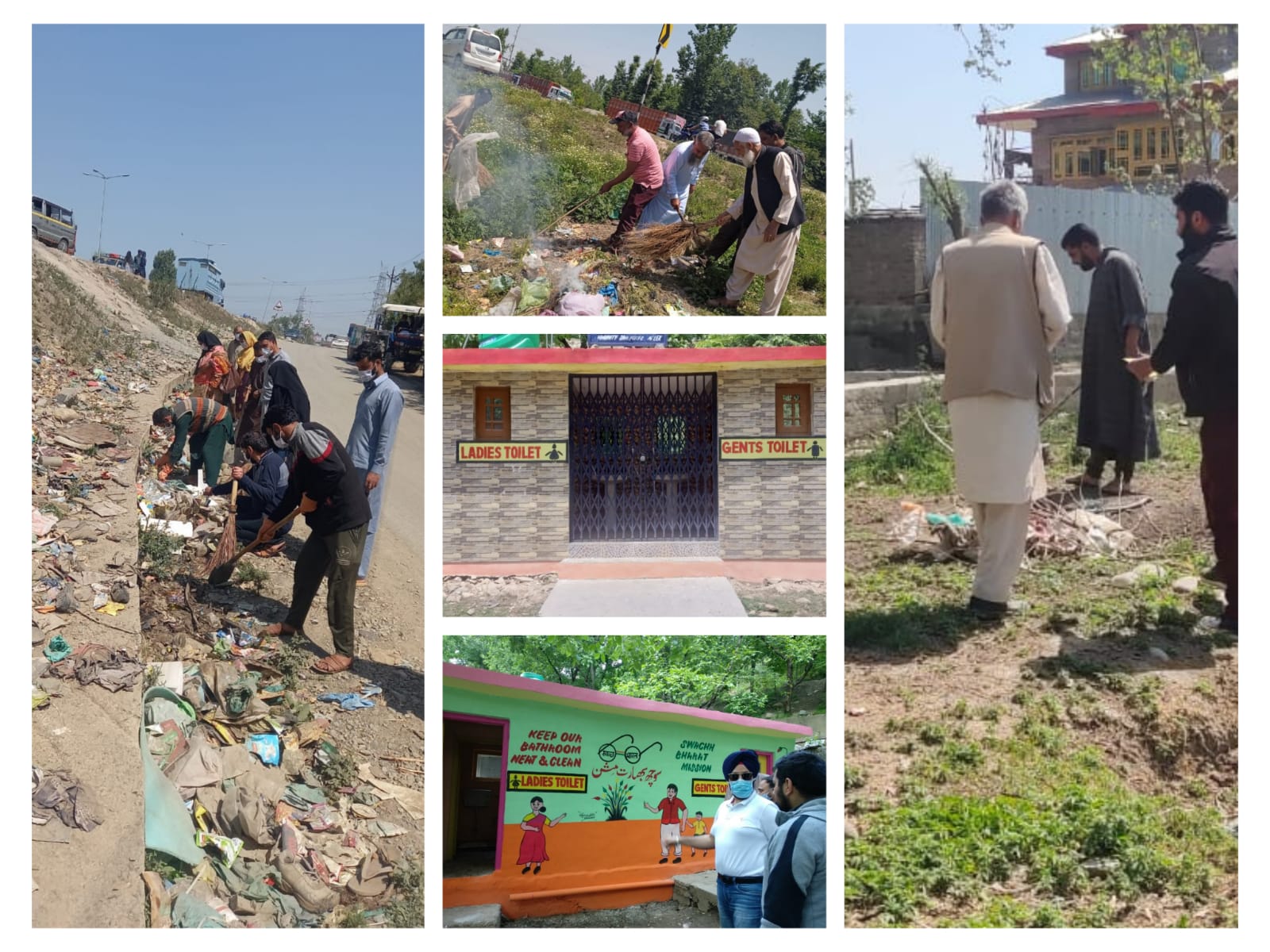 The special drive was organized as part of World Environment Day to spread awareness among the inhabitants regarding sanitation, garbage disposal and ensuring cleanliness.

Awareness camps were held at various spots urging people to keep their surrounding clean, avoid littering on the roadsides and plant trees in available spaces.

He said that several CSCs are functional along the route and while beautification of these is being taken up, people were also made aware of their responsibility in judicious use of these public resources and ensuring cleanliness.

The officials of Rural Development Department also held meeting with local traders and shopkeepers sensitizing them to ensure cleanliness in market places and maintain hygienic conditions.

Meanwhile, a sustained campain for ensuring cleanliness and scientific disposal of garbage is being run in the district under the aegis of SBM.