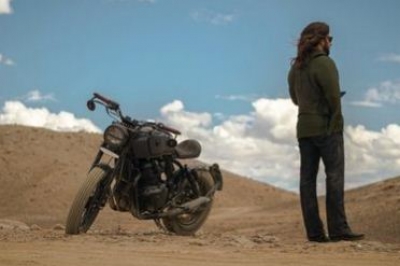 Taking to Instagram, Salman shared a picture posing with a motorbike, with his back towards the camera, and captioned it as “Leh Ladakh”.

However, the actor did not share details about the film or what is he shooting for.

He will next be seen in the third installment of the ‘Tiger’ franchise alongside Katrina Kaif. It is all set to release on April 21, 2023. He also has ‘Kabhi Eid Kabhi Diwali’, which stars Pooja Hegde.

Salman will reportedly make a cameo in Shah Rukh Khan-starrer Pathaan’, which also stars Deepika Padukone. He will also be seen alongside Jacqueline Fernandes in ‘Kick 2’.