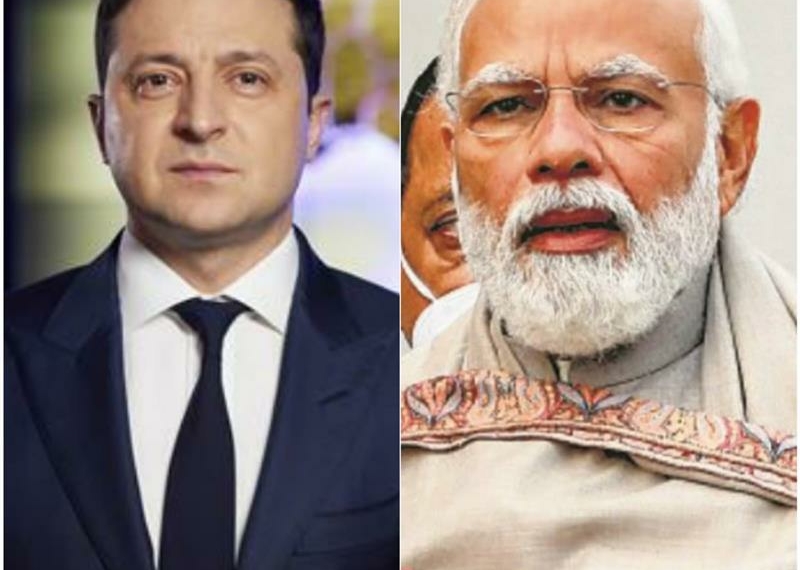 Around 700 Indian students are stranded in Sumy amid intense fighting between Russian and Ukrainian troops.

In a phone conversation that lasted for around 35 minutes, Prime Minister Modi thanked President Zelenskyy for the help extended by the government of Ukraine in evacuation of Indian nationals from Ukraine, official sources said.

“Prime Minister Modi sought continued support from the government of Ukraine in ongoing efforts for evacuation of Indian nationals from Sumy,” a source said about the talks.

Sources said the two leaders discussed the evolving situation in Ukraine. Modi appreciated the continuing direct dialogue between Russia and Ukraine, they said.

It was the second telephonic conversation between Modi and Zelenskyy after the conflict began in Ukraine.

Meanwhile, Modi will also be the latest world leader to make a call for peace between Russia and Ukraine following appeals from Israeli PM Naftali Bennett and Turkish President Recep Tayyip Erdogan on Sunday.

With the Indian as well as world economy at the risk of sliding into recession if oil breaches $125 per barrel, Modi has in the past spoken to both Valdimir Putin and Volodymyr Zelenskyy in an effort to facilitate the evacuation of over 20,000 nationals from Ukraine as well as request them to take the path of diplomacy and dialogue.

The Sensex has fallen by over 1,400 points in the opening session on Monday following reports that the US is planning an embargo on Russian oil. Brent crude has already hit a 13-year high and is trading at around $128 a barrel.

Modi’s conversation with the two presidents whose nations are at war comes at a time when India’s efforts to evacuate all citizens from Ukraine have entered a crucial stage.

A team of Indian diplomats is stationed in the central part of Ukraine and buses have been requisitioned. The Ukrainians have indicated that they will facilitate the evacuation of students from western side of the country.

The Indian embassy in Ukraine has already advised the students to be ready to leave at short notice.

Due to closure of Ukrainian airspace, evacuations are taking place via the land borders.

The Indian embassy is also trying to ascertain the exact number of its citizens in Sumy. It has asked all those who are yet to leave conflict zones in Ukraine to “urgently” fill up a form, with personal details and location, to facilitate evacuation.