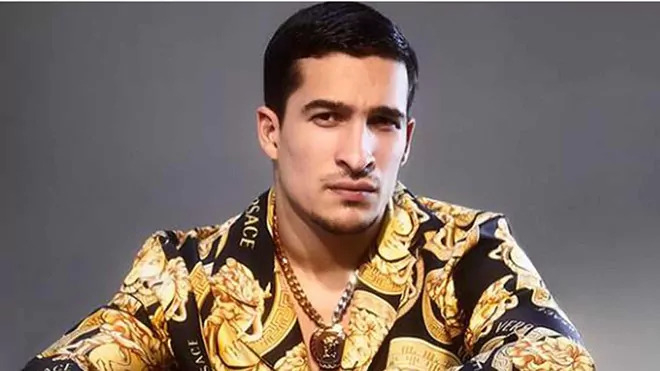 Biaggio Ali Walsh, 26, will be part of the gladiators that will be featured in the Fusion Fight League’s Rumble Under the Rims.

It should be noted that Biaggio is the older brother of Nico Ali Walsh and both are sons of Rasheda Ali.

However, while Nico opted to compete in boxing where he is undefeated in the five fights he has fought as a professional; Biaggio obeyed his instincts and after training on his own denoted that he had developed certain skills to face more complex challenges.

“I’ve been training MMA for two and a half years. However, Covid came along shortly after, so a bit of a delay arose, but during that time I worked out in the garage.

I would say that having grown up in the boxing world makes me a puncher, but I consider myself quite complete and although I started training without a specific base I was learning all the disciplines at the same time,” he said during an interview granted to Fite TV.

Something that is also striking about Biaggio Ali is that, along with his university studies, he has also made his way in the world of modeling.

“I’m focused solely on finishing college and getting better in the gym. If a paid modeling job were to come up, I want to make sure it works around my school and gym schedule. The truth is that there is no balance between modeling and working out because I am rarely modeling,” he said.

Characteristic of the legendary Muhammad Ali’s personality, his grandson is clear that he will seek to be a champion in contact sports.

“I want to be a champion. To be one, it doesn’t matter the organization or the promotion. I just want to make a name for myself and continue my family’s fighting tradition” he stressed.