RRR to The Kashmir Files: 25 feature films, 20 non-features to be screened during IFFI Indian Panorama 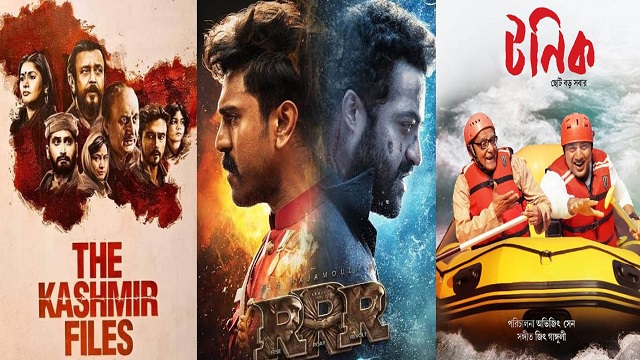 New Delhi:  Indian Panorama, the flagship component of the International Film Festival of India (IFFI), has selected 25 feature films and 20 non-feature films which will be showcased at the 53rd IFFI to be held from November 20-28, 2022 in Goa.

The aim of the Indian Panorama, organized by the National Film Development Corporation, Ministry of Information and Broadcasting, is to select feature and non-feature films of cinematic, thematic, and aesthetic excellence in accordance with the conditions and procedures in the said regulations of Indian Panorama.

The selection of the Indian Panorama is made by eminent personalities from the world of cinema from across India comprising a total of 12 jury members for feature films and six jury members for non-feature films led by the respective chairpersons. Exercising their individual expertise, the eminent jury panels contribute evenly to the consensus that leads to the selection of Indian Panorama films of respective categories.