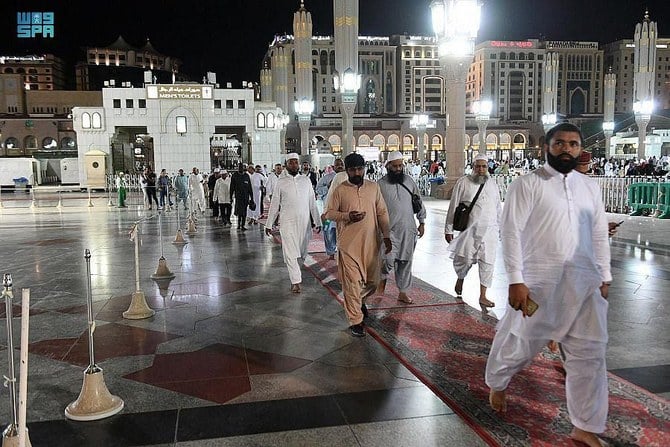 RIYADH: Over three million people have prayed in the Holy Rawdah at the Prophet’s Mosque in Madinah during the first three months of the current Hijri year, Saudi Press Agency reported.

The Holy Rawdah lies between the Sacred Chamber (known as the Prophet’s house), and the Prophet’s Minbar (or pulpit). This southeastern section of the Prophet’s Mosque is where his house once stood, where he lived with his wife Aisha bint Abu Bakr, and is buried. It is of extremely great religious value to Muslims.

A total of 4,125,257 visitors also paid their respects to the Prophet and his two companions Abu Bakr Al-Siddiq and Umar ibn Al-Khattab.

825,000 iftar meals were provided to visitors of the mosque during the same period and 1.2 million worshipers benefited from translation services in ten different languages which were provided through websites, channels, and on the ground.