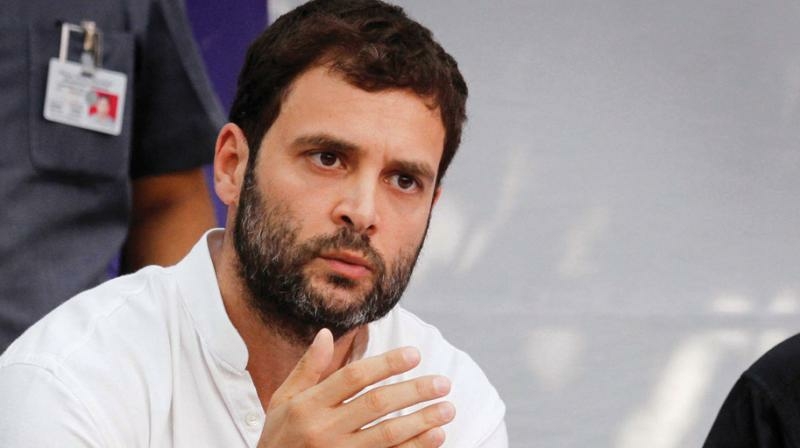 New Delhi: Ministers in the BJP government have been exhibiting a sudden passion to showcase their fitness on social media and the party’s “fitness challenge” has gained momentum on Twitter. Congress president Rahul Gandhi on Thursday, however, managed to dampen Prime Minister Narendra Modi’s enthusiasm for displaying his fitness by throwing another challenge that the PM didn’t seem that enthusiastic about – the fuel challenge.

Earlier in the day, Modi accepted cricketer Virat Kohli’s “fitness challenge” on Twitter and said he would post a fitness video soon. Mr Gandhi dived in as the best troll of the day and dared him to respond to his “fuel challenge”.

Gandhi tweeted; “Glad to see you accept the @imVkohli fitness challenge. Here’s one from me: Reduce Fuel prices or the Congress will do a nationwide agitation and force you to do so. I look forward to your response. #Fuel Challenge.”

Taking a cue from Mr Gandhi, Congress spokesperson Randeep Surjewala also took a jibe at the Prime Minister and said, “Restore the economic fitness of common man by reducing the runaway prices of petrol/diesel as you fleeced `10 lakh crore in four years by raising excise 11 times. Restore the job fitness of the young by giving two crore jobs as promised. Grant MSP fitness of Cost+50 percent profit to India’s farmers as you promised. Anti-corruption fitness by bringing back the `80 lakh crore of black money from abroad as you promised and punishing

the corrupt in your government for various scams. National security fitness by stopping Pakistan-sponsored terrorism and Chinese incursion in Doka La and elsewhere.” Mr Surjewala said the nation must come first while urging people to “forget the media stunts” and accept the “governance challenge”.

Prime Minister is yet to respond to Mr Gandhi and Congress’ “fuel challenge”. He had, however, responded to Kohli’s challenge and tweeted: “Challenge accepted, Virat! I will be sharing my own #FitnessChallenge video soon. @imVkohli #HumFitTohIndiaFit.”

It all started with the Union Sports minister, Mr Rajyavardhan Singh’s tweet urging the country to take up a #FitnessChallenge. Under the #HumFitTohIndiaFit campaign, Mr Rathore also urged actor Hrithik Roshan, cricketer Virat Kohli and badminton player Saina Nehwal to take it up.

Through the #HumFitTohIndiaFit, the minister urged people to post pictures and videos of how they keep themselves fit. The minister in a live video claimed that whenever he “looks” at the Prime Minister, he “gets inspired” by his energy and the inspiration “drives” him to exercise while at work. Saying this, the minister, clad in a white shirt, trousers and shoes started doing push ups. He tweeted: “Send a #FitnessChallenge to your friends on social media. Here’s my video and I challenge @iHrithik, @imVkohli & @NSaina to join in.”