Prioritize installation of crash barriers on NH; use cameras for traffic management: CS 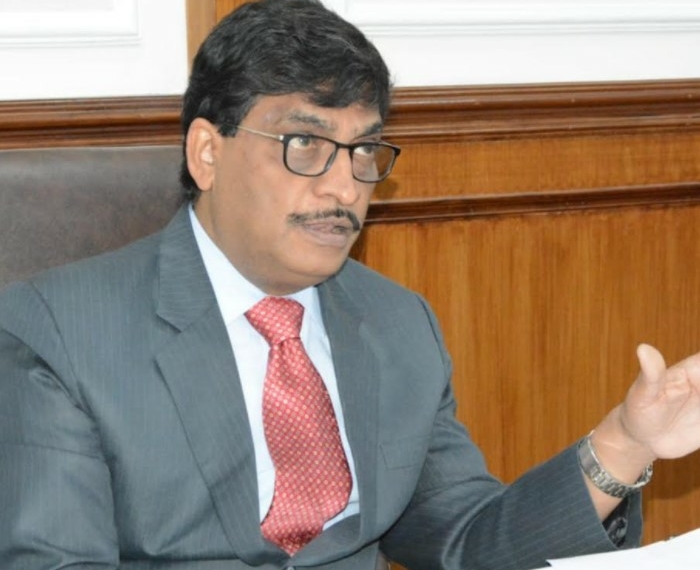 Dr. Mehta passed the directions in a meeting to review traffic scenarios in Jammu and Kashmir.

Chief Secretary asked NHAI to install mesh coverings at landslide-prone areas for the safety of vehicles. Besides, the traffic police were asked to ensure adequate deputation of traffic personnel on the congested stretches to enforce speed limits and discipline in lane driving.

Chief Secretary directed the traffic police to check over-speeding inside the Navayug and Nashri Tunnels and ensure strict compliance to the fixed speed limits. Directions were also issued for expeditious procurement of gadgets to check speed limits for which NHAI has already initiated the process.

Chief Secretary directed the concerned to conduct checking of vehicles in a regulated manner without disrupting the smooth traffic movement. The enforcement agencies were further asked to submit the factual reports of each checking drive with the higher authorities for ensuring suitable penal action against the delinquents.

To ensure transparency and accountability during the enforcement drives, Dr. Mehta directed mandatory wearing of body cameras by the concerned officials, besides ensuring the installation of traffic cameras on all traffic interceptors. The Transport Department was asked to organize a campaign to raise public awareness on traffic rules and reporting of traffic misconduct either by public or enforcement agencies.

About the summer migration of the nomadic population, the Chief Secretary informed of the Tribal Affairs Department’s initiative of providing vehicular transportation to the migratory population. Accordingly, the traffic police were asked to make arrangements for proper traffic management in coordination with the Tribal Affairs Department. Similarly, the Traffic Police was also asked to adequately plan for the Amarnath Yatra 2022 in consultation with the Shri Amarnathji Shrine Board.

Regarding the decongestion of city/town areas, the divisional administrations and traffic police were directed to strictly enforce no-parking norms and vacate illegal parking within one week. They were asked to launch special drives against pressure horns, unauthorized headlights, and the use of tainted glasses in 4-wheelers.

For improving the in-city traffic movement, directions were issued for the installation of traffic cameras on a mission mode, in addition to specifying ‘city/town speed limits’. Dr. Mehta maintained that the enforcement agencies must work in tandem with each other to ensure streamlining of traffic in and around cities/towns and on the national highway and major roads. “Special efforts are required to ensure compliance to traffic rules and traffic discipline for which civil society needs to be approached and proactively engaged”, he said.

Moreover, the Chief Secretary directed the Transport Department to ensure the installation of High-Security Number Plates (HSNP) in all vehicles, within one month.