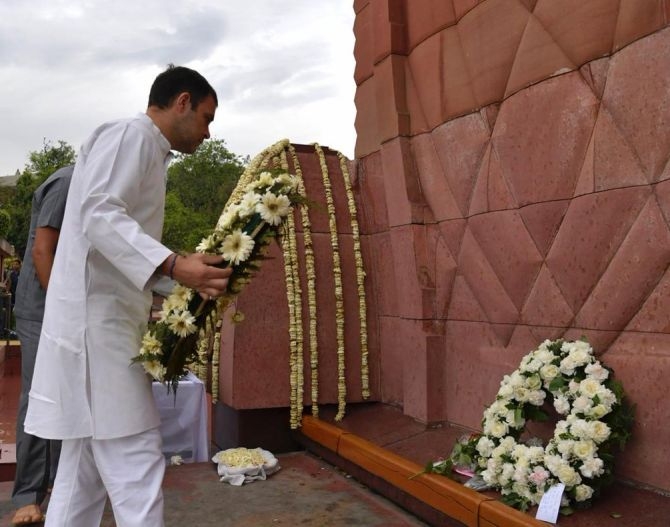 New Delhi: President Ram Nath Kovind and Prime Minister Narendra Modi on Saturday paid their tributes to the victims of the Jallianwala Bagh massacre. April 13, 2019, marks the 100th anniversary of the Jallianwala Bagh massacre, in which British forces led by Brigadier General Reginald Dyer opened fire on hundreds of Indians protesting against the oppressive Rowlatt Act of the British government in Amritsar.

“A 100 years ago today, our beloved freedom fighters were martyred at Jallianwala Bagh. A horrific massacre, a stain on civilisation, that day of sacrifice can never be forgotten by India. At this solemn moment, we pay our tribute to the immortals of Jallianwala #PresidentKovind,” President Kovind tweeted.

Meanwhile, Vice President M Venkaiah Naidu will arrive in Amritsar on Saturday afternoon for the main function to commemorate the 100 years of the massacre.

Hundreds of people holding candles and the national flag marched through Amritsar on Friday, on the eve of the centenary. Punjab Governor VP Singh Badnore, CM Amarinder Singh, cabinet minister Om Prakash Soni and others, including members of the families of those killed in the massacre, joined the candlelight march.

Earlier this week, British Prime Minister Theresa May told the British parliament that “the tragedy of Jallianwala Bagh in 1919 is a shameful scar on British Indian history.”