Post abrogation of Article 370: Here are some steps taken for upliftment of deprived class 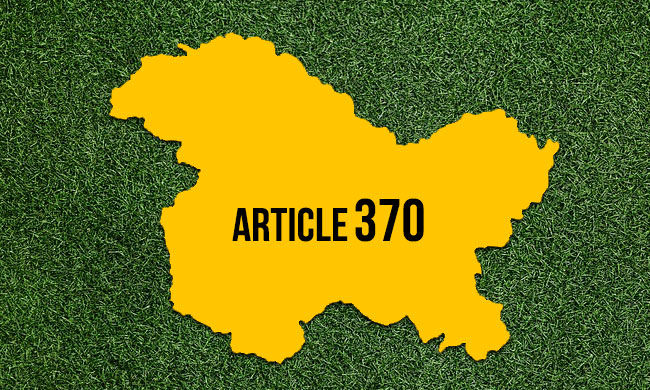 JAMMU, MARCH 10: Centre and UT government have taken remarkable steps for the upliftment of deprived class post abrogation of Article 370 and 35-A.

For the first time, the government extended Forest Rights Act to Jammu and Kashmir. It gives Scheduled Tribes and indigenous Community rights over the forests.

Scheduled Tribes and Traditional Forest Dwellers have been granted forest land rights. One such beneficiary is Ghulam Mohammad Gorsi from Lidru Pahalgam who received 2 kanals of land through this act.

“It is a great moment for ST community as we got rights over the land on which we used to live for many years”, Ghulam Mohammad said. “The present LG administration is providing regular and constant support to tribal communities which have uplifted our economic conditions”.

Another beneficiary of this act is Mohammad Yousuf Khatana who was granted 5.8 kanals of land through this act. “I am very thankful to the administration who gave us this right for which we used to run from pillar to post,” he said.

The act recognizes the traditional rights of the “tribals and other forest-dwelling communities” over the control and use of natural resources and it also recognizes individual and community rights over forest resources.

Scheduled Tribes and Other Traditional Forest Dwellers (Recognition of Forest Rights) Act, 2006 seeks to redress the historical injustice done to the forest-dwelling people whose rights had not been legally recognized and recorded and who were denied their traditional rights to forest lands and resources in legislations before FRA.

Nazir Ahmad Gorsi from Lidroo Pahalgam who received 19 kanals and 10 marlas of land under this act, said: “I am thankful to LG administration who gave us this land and right”.

Another significant development was the empowerment of West Pakistan refugees. They are now the domiciles of J&K as per the new domicile law. The government also distributed financial assistance among refugees.

West Pakistan refugees and displaced persons of Pakistan occupied Jammu Kashmir (1947) and Chhamb (1965/1971) are now eligible for domicile certificates. They have voting rights and can apply for, the government. It will benefit almost 47500 families ending decades of injustice. Justice has also been served to Safayi Karamcharis and SC/ST by implementing the National commission for Safayi Karamcharis act 1993 and prevention of atrocities against SC/ST.

The discrimination continued for decades despite the refugees’ repeated pleas before the successive governments both at the state and the Centre.

Labha Ram Gandhi, West Pakistan Refugees Action Committee 1947 president, said: “We have faced discrimination for decades. It’s because of the Modi government that we can now become domiciles of J&K and apply for government jobs. The Modi government has given us dignity. We thank PM Modi for giving justice to us.”

Renu of Nanak Chak Samba said: “We were suffering due to Article 370 and 35A. Now, we have got some relief. We can apply for government jobs now. Modi government has done a lot for us,” she said.

Another refugee Mohinder Kumar said: “We suffered for a very long time. Survival was a battle for us. We didn’t even get admission to colleges. We would like to thank PM Narendra Modi for taking note of our plight and delivering justice to us.”

Numerous central laws are now applicable in J&K which are progressive and people-friendly. The 73rd and 74th amendment of the Indian Constitution is now fully applicable which has ultimately empowered the Panchayati raj institution and democracy has percolated at the grassroots level in our UT. The recently held BDC and DDC elections are testimony of it and it has established a fullfledged 3-tier Panchayati Raj system in J&K.

Before August 2019, women residents of J&K lost their right to buy property in the erstwhile state if they marry outside the erstwhile state. Their spouses were not treated as residents of J&K and were also not allowed to inherit or buy property. Now with the central government’s notification for Jammu and Kashmir, the spouses of women get domicile status even if they are from other states or union territories of India

One such woman Preeti Jasrotia of Kathua district of J&K, who is married in Pathankot and had lost her property rights feels relieved. “It was a blessing on me and other girls like me that this 370 was abrogated”, Jasrotia said.

Valmiki community too was deprived of economic development and social.

President Balmiki Samaj, Vijay Paul expressed deep gratitude to PM Narendra Modi and the J&K government for empowering this deprived and backward community. “We are thankful to central government and J&K government that our dream has been fulfilled and we have got right to vote and right to apply for jobs here”, Paul said.

The abrogation of Article 370 has paved the way for a single constitution along the length and breadth of the country. It has laid the foundation for ‘One Nation, One Constitution, One Flag’. A new era has begun in J&K and its development will take place together with the rest of India and both will make the effort to take the nation forward.