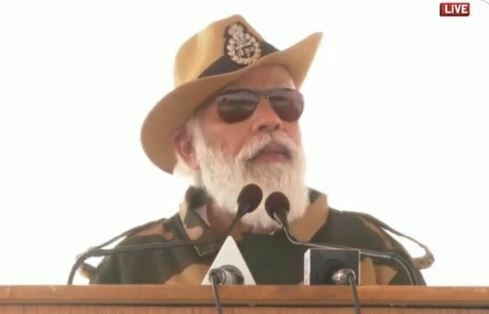 Jaisalmer: In a swipe at China, PM Narendra Modi Saturday hit out at “expansionist” forces that show a “distorted mindset which belongs to the 18th century”.

The Prime Minister warned such forces against taking advantage of India’s tolerance and said the nation’s soldiers would give a “fierce reply” if borders were threatened.

“India believes in a policy of understanding and making others understand… but if an attempt to test our resolve is made, then the country will give a fierce reply,” the Prime Minister said Saturday while spending Diwali with soldiers at the strategically key Longewala post in Rajasthan’s Jaisalmer.

“No force in the world can prevent our soldiers from protecting our borders. India has shown it has strength and the political will to give a befitting reply to those challenging it. The world now knows that India will not compromise with its interests even one bit,” he added.