“People Of The Book…”: US Professor’s book on Prophet Muhammad ﷺ creates waves in academic, religious circles world over 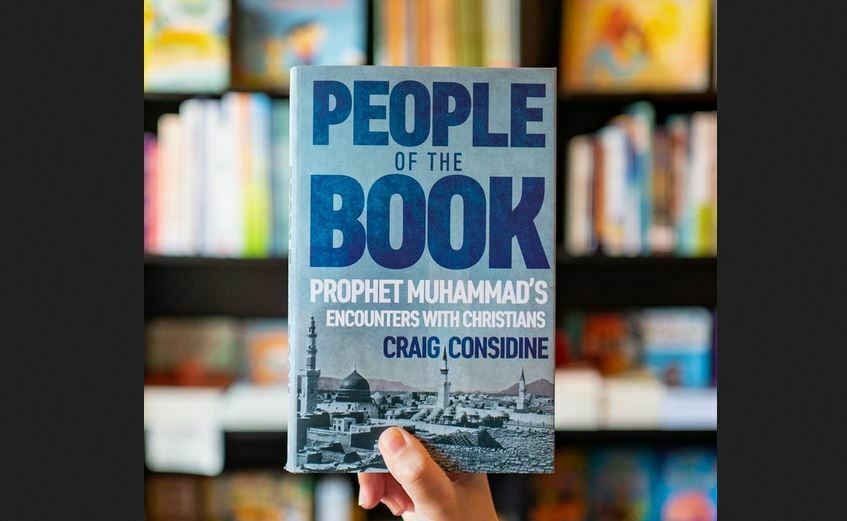 When acclaimed US scholar in inter-faith and Christian-Muslim relations, Dr. Craig Considine speaks up for Islam, the Muslim world is all ears.

The Professor at the Rice University, Texas, recently launched his new book, “People Of The Book: Prophet Muhammad’s Encounters With Christians”, which is creating waves in religious and academic circles world over.

“Defending the honour of Prophet Muhammad (ﷺ) is challenging. Some critics would rather me ‘convert’ than defend him. Others call me a ‘heretic’. Folks even say I honour him only for ‘fame’. Beyond the coercion, condemnations, and slander is the reality. He inspires me. That is the truth,” Dr. Considine said at some of the reactions he encountered.

Earlier, his statement that “the US Supreme Court honours Prophet Muhammad (ﷺ) as one of the greatest law-givers in history” and how “Harvard University Law School recognises the Quran as one of the leading books for justice in world” had triggered debates on both sides.

“I share these facts when people say ‘Islam is incompatible with US Values’,” he had justified his statements.

However, Dr. Considine has legions of admirers and defenders among the Muslim faithful in India, who credit him with rendering yeoman services towards inter-faith understanding, and many of his statements — though little known to the laity — are common knowledge among scholars and experts on both sides.

“Not only the US Supreme Court, even the United Nations Building in New York has Islamic inscriptions that few may have noticed…” said Haji Syed Salman Chishty, the Gaddi Nashin of Ajmer Sharif Dargah, Rajasthan, and the 27th direct descendent of the revered saint, Hazrat Khawaja Moinuddin Hasan Chisty (1143-1236 AD).

The UNO Building panel was hand-created by an unknown Moroccan artist in the 12th century and the three inscriptions from the Holy Quran: “Oh, Mankind! We created you from a male and female and made you into nations and tribes, that we may know each other. The most honoured you in the sight of Allah is the most righteous of you.”

Renowned Islamic scholar Prof. Zeenat Shaukat Ali says that the US Supreme Court’s statements are welcomed as their impact will reverberate positively and clear misgivings.

“It clears the air, opens up the vistas of peace and harmonious coexistence. Muslims world over need to likewise reciprocate,” Prof. Ali, of the St. Xaviers College, Mumbai, and Director-General of the Wisdom Foundation (The World Institute of Islamic Studies for Dialogue, Organisation of Mediation and Gender Justice) told IANS.

While dismissing the fringe elements as ‘a political misnomer’, Prof. Ali feels exemplary behaviour by Muslims, a humanitarian approached cutting across race, caste, religion, gender with a balance of justice, equality, excellence in governance, rights of Minorities and weaker sections along with Interfaith Dialogue among the global populace through humanitarian values, ‘is the way forward’.

Haji Chishty pointed out that the great Sufi scholar, Maulana Jalal ad-Din Mohammed Rumi (1207-1273), or just the poet ‘Rumi’, is more popular in the US and Europe than in Islamic countries or among the Muslims, with the American singer Madonna and British actress Tilda Swinton inspired by the mystic saint, among many other celebs.

“I share this when someone argues that he did not advocate for human rights. (Prophet Muhammad ﷺ) championed them about 1,300 years before the Universal Declaration of Human Rights (1948),” Dr. Considine declared. (With inputs from IANS)