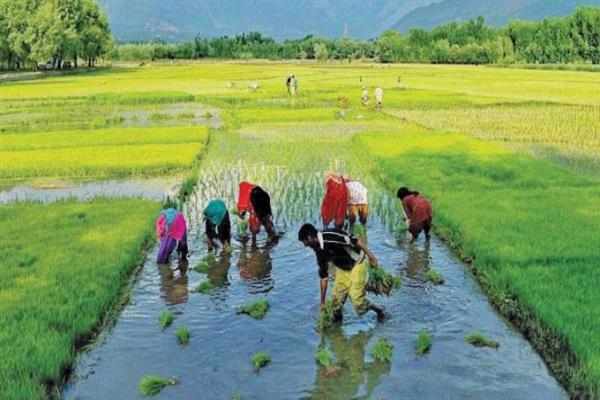 SRINAGAR, AUGUST 07: The innovate Market Linkage scheme- PARVAZ possesses tremendous potential for uplifting the economic conditions of the farmers across the Union Territory of Jammu and Kashmir.

The scheme was launched by the Government with an aim to create market linkage support for the shipment of Agriculture and Horticulture perishables being harvested in Jammu and Kashmir through Air Cargo.

Under the scheme, 25 per cent subsidy on freight charges is given for carrying perishable fruits harvested in Jammu and Kashmir for shipment through Air Cargo. The subsidy is provided to farmers through DBT mode.

JKHPMC, the implementing agency of the scheme is regularly creating awareness among Farmers about the significance of this scheme so that ample number of them can take benefit out of it. The documentation work related to the scheme has been made easy besides the subsidy for the farmers provided under the scheme is timely paid to the farmers.

An official said that this scheme tends to easily transport the perishable produce to domestic as well as international markets besides covering a wider market for the produce harvested locally in Jammu and Kashmir. “This scheme will boost employment opportunities for the locals. It also aims at increasing the overall income and living of the farmers”, he added.

The official highlighted that the scheme would also enable the fruit and vegetable farmers to earn a good amount of income and Marketing of produce harvested in Jammu & Kashmir would have a separate impact.

This scheme tends to benefit the farmers by doubling their income thereby ensuring their economic and social welfare the scheme the farmers will get the price of their produce directly in their bank account with no intermediary in between.

Further, 25% subsidy as provisioned under ‘Parvaz’ scheme notified vide Government Order No. 49-JK(Horti) of 2021 dated 08.07.0221, shall be provided on the air cargo rates on horticulture/agriculture perishable vis-a-vis cherry, strawberry, plum, peach, pear, litchi, and exotic and organic vegetables only. The organic/exotic vegetables eligible under the scheme would be identified by an expert committee.