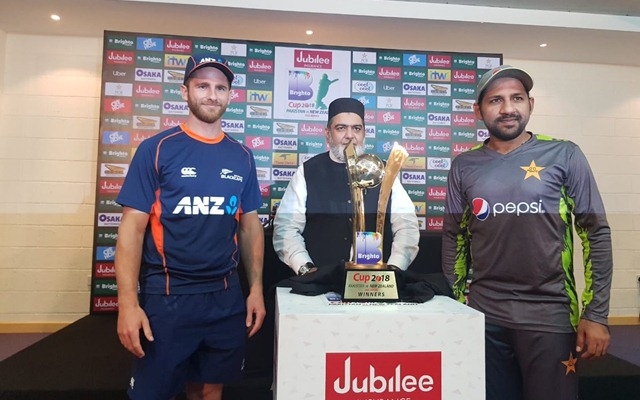 Pakistan managed to erase the marks from their early exit in the Asia Cup with a Test series win over Australia and the T20I clean-sweeps over both Australia and New Zealand. The three-match ODI series, starting on Wednesday, will be first for Pakistan in this format since the Asia Cup debacle. This series will be crucial for the Asian side as they need to bounce back strongly after all the criticism they faced while struggling big time in the Asian championship.

On the other hand, New Zealand have to build the squad for the forthcoming World Cup after having missed international cricket for nearly seven months. In the absence of their premier opener Martin Guptill, the devastating Colin Munro has an opportunity to seal his place as the second opening option. The left-hander has struggled with consistency in the ODI cricket which he has shown while playing the T20I format.

The first ODI match between Pakistan and New Zealand will be hosted by the Sheikh Zayed Stadium in Abu Dhabi. The match starts at 3:00 PM local time (11:00 AM GMT) (4:30 PM IST).

During the Asia Cup, Abu Dhabi produced scores around 250 but the international games that this venue hosted since then have been spinning tracks. Unless a new track is going to be used for the series, it is hard to see big scores in this ODI series as well. The big boundaries at this venue have always played a big factor in making things tough for the chasing sides while tracking down anything over 275.

Imam-ul-Haq’s consistency could make him a crucial pick but it has to be seen how the opener performs against big teams. Imam failed to score runs in both games against India during the Asia Cup. The left-handed pacers Shaheen and Junaid could be crucial for Pakistan and Ish Sodhi and Trent Boult from the Kiwis’ perspective.

Babar Azam, Kane Williamson and Ross Taylor will be reliable options for multipliers. Taylor’s recent ODI success and Williamson’s limited-overs form put them on top. Babar has a terrific record while playing in the UAE. Mohammad Hafeez is set to make a return to the ODI set up. He could fill up the role of the 5th bowler and will be batting at No.4/5 making him an obvious choice for captain/vice-captain.

Hasan Ali could be dropped due to his recent form if Pakistan decide to go with both left-arm pacers Shaheen Shah and Junaid Khan. However, Hasan’s ODI record might save him with the Pakistan team preferring him ahead of all-rounder Faheem Ashraf.

Pakistan could make a winning start in the ODI series despite their defeats this year against New Zealand and other teams in this format.

*Disclaimer: This team is based on the understanding, analysis and instinct of the author. While selecting your team, consider the points mentioned and make your own decision.