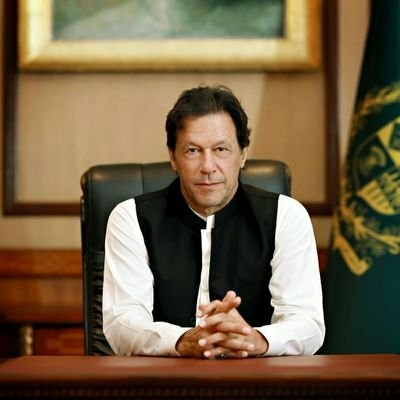 Pakistan Prime Minister Imran Khan has said that his government is under pressure to recognize Israel, insisting that Islamabad would never establish relations with the “Zionists”.

Khan revealed this during an interview with a private television, where he stated that after the recognition of Israel by Arab countries including the United Arab Emirates (UAE) and Bahrain, Islamabad is also being asked to recognize Israel, something that his government has rejected till now.

“I have no second thought about recognizing Israel unless there is a just settlement, which satisfies Palestines,” he said.

When asked to name the countries, which have insisted on Islamabad to recognize Israel, Khan refrained from pin pointing and opted to be silent on the question.

“There are things we cannot say. We have friendly relations with them,” he said.

Khan said Israel has a strong influence in the US, which he said is “another country pressurizing him to recognize Israel”.

“The pressure is because of Israel’s deep impact (influence) in the US. This influence was in fact extraordinary during the (US President Donald) Trump stint,” he said.

The recent recognition of Israel by the UAE and Bahrain has resulted in diplomatic economic relations with Tel Aviv, while many other Arab countries are also considering normalization of relations with Israel.

Pakistan being an externally economic dependent country, recognition of Israel and establishment of economic ties can be a major support for Islamabad.

However, Khan has said that Islamabad would regain its economic strength and stand on its own feet first, on its own.

Khan said US President-elect Jo Biden’s approach on the issue of Israel needs to be seen, stating that “Afghanistan is not the real issue, but Israel is”.

“Afghanistan is not the real issue. The real issue is Israel. It is to be seen how Biden deals with that. Whether he changes Trump’s policies about Israel or continues with them”.

“I am not sure about Biden’s policy on Israel, Iran and Kashmir but I am sure there will be no change in Washington’s Afghan policy. The Democrats too want to pull out of Afghanistan,” he added.