‘Over 45% people are stressed out’: Lockdown, job losses fuel suicides in Kashmir 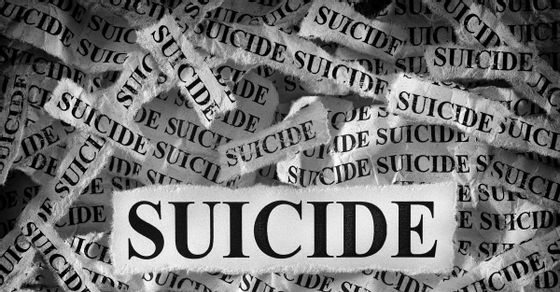 Srinagar: Loneliness stung 65-year-old Riyaz Ahmad (name-changed) to such an extent, that he was ready to take his life.

“His wife died last year. His only daughter is married. After his wife’s death, he lived alone. The long periods of isolation in this pandemic with no one on his side prompted him to attempt suicide. He took an overdose of sleeping pills,” the doctor who treated him at SMHS Hospital, Srinagar said.

Similarly, Shazia (name changed) in her 30s, developed suicidal inclinations during the Covid induced lockdown. “She was pained by the behavioural changes in her two children due to continued lockdown. She felt anxious and extremely frightened for the well-being of her family due to COVID-19. This led her into depression and she wanted to take her life,” the doctor said.

While they both survived to tell the tale after treatment, others have not been so lucky. Of late, there has been a spate in suicide cases across the valley. In the past month alone, two shocking cases of suicide have come to the fore.

A 24-year-old youth from Kupwara committed suicide after the pandemic lockdown exacerbated the penury of his family, while youth from Lolab, Kupwara took his life just three days after his marriage.

Even as the cases don’t seem to be directly triggered by the pandemic, there is little doubt in the minds of experts that it has directly contributed to an avalanche of suicides.

“The lingering pandemic has triggered anxiety, post-traumatic stress disorder, and mental health issues among patients and people in general. This is allegedly leading to a spate in emotional breakdowns and cases of suicide,” a doctor at SMHS Hospital said.

He said while suicide cases have been seen in all age groups, youth between 20 and -30 appear to lead the pack.

“Mostly organophosphorus compounds are consumed through use of rodenticides, fertilizers, sanitizers, toilet cleaners, an overdose of common medications like Thyroxine, beta-blockers, antidepressants have also been used,” he said.

Dr. Yasir H Rather, Associate Professor, Institute of Mental Health and Neurosciences (IMHANS), Srinagar said a study conducted by MSF in 2015 revealed that 45% of people of Kashmir suffer from distress and it has been around 6 years since then that too filled with trauma.

“Be it uncertain conflict situation or COVID-19 pandemic, the situation has led to a detrimental effect on mental health directly as well as indirectly. Mental health issues have increased due to psychological, social, and emotional pressures,” Rather said.

He noted that another factor that leads to extreme step is “Copy Cat Phenomena of Suicide”. In layman’s terms, it means imitative behavior.

“News of suicide spreads like fire and are sensationalized by media. We need to be aware that it should not activate copycat phenomena,” he said.

Dr. Shaheen Shora, a UK-based Kashmiri Psychiatrist said there has been an increase in attempts of self-harm and suicides in Kashmir.

“There are underlying mental illnesses like depression and anxiety which can trigger suicides. Also, the continued lockdown for up to nearly two years and unemployment, as a result, may lead to such incidents,” she said.

Rather said for minimizing or eliminating the incidents of suicide, proper measures need to be taken care of.

“Considering it as a public health concern and taking adequate measures like appropriate awareness programmes in schools and colleges. As the copycat phenomenon is a contributing factor to suicide, awareness programmes should be focused on mental health issues. Most importantly, a non-judgmental attitude towards mental health issues which will help people to speak about their problems is required,” he said.