One dead, 3 injured in Sopore mishap 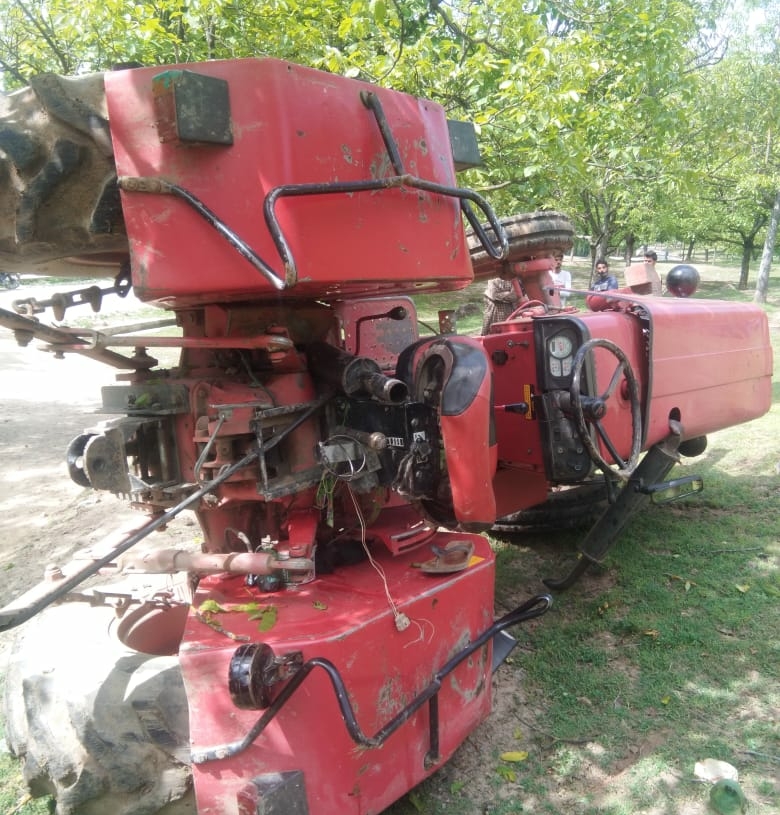 Sopore: One person died on the spot while as three others sustained injures when a tractor in which they were traveling turned turtle at Yambren Hardushiva area of Sopore on Friday morning.

According to reports, a group farmers from Hardshiva Yembran were supposed to bury a dead cow at a far flung area of a forest and when they were returning back, their tractor turned turtle in which one person died on the spot and three others sustained critical injures.

Hospital authorities confirmed identifed the deceased as Ayazuddin Baba S/O Ghulam Qadir Baba (PHE employee), a resident of Hardshiva Sopore while as three others were shifted to Sopore hospital for further treatment—(KNO)