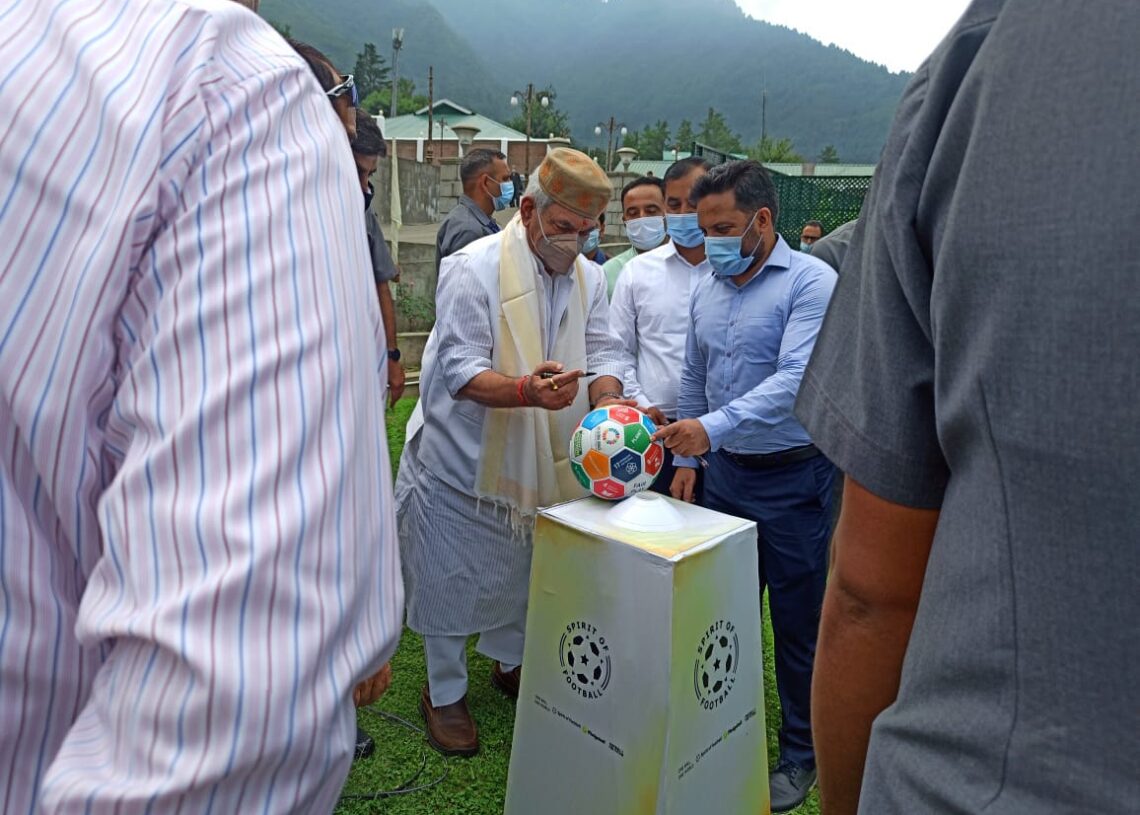 SRINAGAR: Lieutenant Governor Manoj Sinha today kick-started the `One Ball One World’ Environment Campaign by signing the football in a bid to raise awareness about climate change and sustainable development.

Officials said the ball will travel across Kashmir with people signing their names on it as a commitment to climate change. “Liverpool head coach Jurgen Klopp is the patron of this charity that works on climate change. Currently, one more such ball is touring England and raising awareness about the effects of climate change,” an official said.

According to The Ball ‘ website, the campaign was officially launched at Battersea Park, London on July 10, 2022. For the first time ever,The Ball’ will be traveling to the FIFA Women’s World Cup 2023 in Australia and New Zealand and NOT to the Men’s World Cup.

Organizers said more than 50 partner organizations and individuals from more than 30 countries will be joining to take action on three of the Sustainable Development Goals set out by the United Nations General Assembly including `Climate Action, Gender Equality, and Fair Play’.

“For 20 years The Ball has raised awareness of global issues. Now is The Ball’s moment to take climate action. What quantity of emissions can the people that it encounters collectively pledge to save? We invite you to kick, head, and sign The Ball – and then make a pledge yourself,” The Ball said on its website.

The Ball is going on its first ever journey to a Women’s World Cup in Australia & New Zealand. Anyone and everyone are invited to sign it.