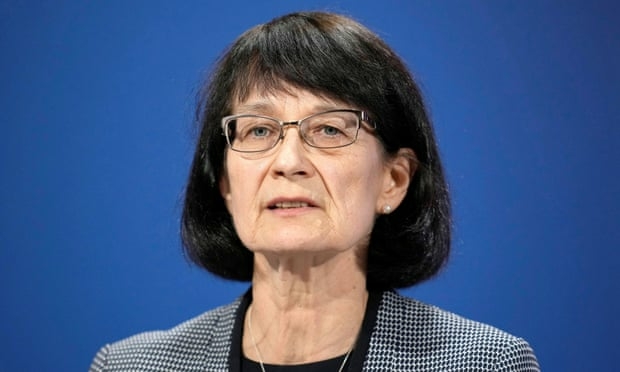 London : The head of the UK Health Security Agency has called the Omicron variant “probably the most significant threat” since the start of the pandemic amid warnings over a coming surge in hospitalisations.
Dr Jenny Harries told the Commons transport select committee that it was still too early to judge the potential risk of the new Covid variant and warned that the virus was “growing faster”, telling MPs to expect a “staggering” growth rate over the coming days.
“It’s probably the most significant threat we’ve had since the start of the pandemic and I’m sure for example the numbers that we see on data over the next few days will be quite staggering compared to the rate of growth that we’ve seen in cases for previous variants,” Harries said.
“The real potential risk here – and I would underline that because we are still learning a lot about the variant – is in relation to its severity, clinical severity, and therefore whether those cases turn into severe disease, hospitalisations and deaths. We’re still at too early stage for that. In fact, the world probably is still at too early stage to be clear.”
Her comments came as the head of the NHS in England said the increase in Omicron infections could lead to a higher number of Covid patients being hospitalised than at the peak of the pandemic.
The seven-day rolling average for daily admissions in England is currently 752. But Amanda Pritchard, the chief executive of NHS England, told MPs that hospitalisations could exceed the numbers seen last winter. The record high was 3,812 on 9 January.
Giving evidence to the public accounts committee, Pritchard said NHS staff were racing to expand the booster vaccine rollout “whilst also preparing for a potential significant wave of hospitalisations”.
She added: “We don’t know what’s going to happen. But at the moment the indications are it could be as big or even bigger than the previous wave this time last year. So we’re preparing for that.”
The NHS has been put on a crisis footing with hospitals in England told to discharge as many patients as possible.
In the same evidence session, Prof Stephen Powis, the medical director of NHS England, said that while he was hopeful the wave of Omicron infections would not seriously “dent” national efforts to clear the backlog of care, operations could be cancelled.
Earlier this month, the National Audit Office said the already huge backlog for NHS care in England would keep growing for years and could hit anywhere between 7 million and 12 million patients by early 2025. It currently stands at 5.98 million, official NHS figures show.
“We will not stand elective care down, unless we have to,” Powis told MPs. “But of course, let’s not sugarcoat it – if we do see a large wave in January we will see disruption again, and unfortunately we will see cancellations.”
In a letter to hospitals this week, Pritchard and Powis said patients who could be discharged to care homes, hospices, their own homes or hotels before Christmas to free up beds, should be. The briefing also said the service was facing a level 4 “national incident”.
Harries said that in most regions of the UK the doubling time of the virus was now “under two days” and that its growth rate was being felt in London and Manchester in particular.
She added: “We’re very sure there are levels growing across most communities in the UK now, although there is quite a lot of regional variation still.”
the UKHSA and Royal Mail announced that capacity for home deliveries for Covid-19 testing kits would double to 900,000 a day in response to a week of unprecedented demand, amid soaring numbers of coronavirus infections.
Harries said demand for lateral flow tests has been “absolutely astounding” and that between 6am and 8am on Wednesday alone, the public ordered 200,000 packs. The NHS, she said, was also experiencing “unprecedented demand” for PCR tests.
She said there was capacity for about 650,000 PCR tests a day but that demand varied depending on location. In Wales, she said, some test sites were operating at 7% or 8% capacity, whereas in London they were “quite full”.
“People can still order tests at home, and we have put in mobile testing units to try and boost those supplies so people can get tested. So we do have sufficient tests both for PCR and LFTs. But the very rapid rise is causing some temporary pressure.”
The stark warning follows the government’s most senior public health adviser, Dr Susan Hopkins, telling MPs on Tuesday that Omicron infections in Britain could reach 1m a day by the end of the month.