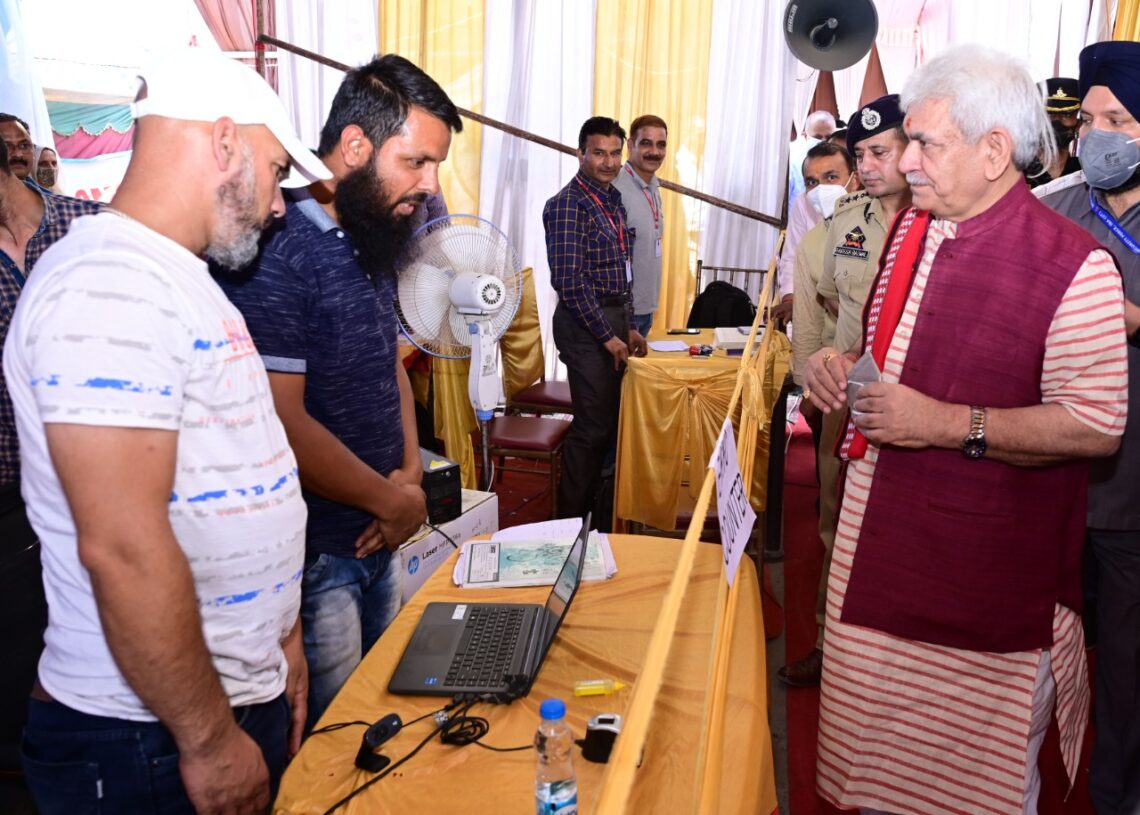 “It is top priority of the administration to streamline the traffic for both Yatris and traders of fruits & vegetables,” Lt Governor said.

The Lt Governor enquired about the facilities being extended to the pilgrims, besides conveying his greetings and best wishes to the Yatris.

Speaking to media persons on the sidelines of the visit, the Lt Governor said the administration is ensuring that the movement of perishable items does not face any hurdle and trucks are allowed during the notified time.

He expressed satisfaction over the arrangements put in place for the convenience of the yatris.

“I truly appreciate and admire the contribution of the people of Jammu Kashmir to make this Holy Yatra successful, ” said the Lt Governor.

The selfless service of civil society, volunteers and locals have made a huge difference in our effort to provide best possible facilities to the pilgrims, the Lt Governor added.

There is also perfect coordination among security forces. The number of pilgrims, who paid obeisance to Lord Shiva, has already crossed 50,000, the Lt Governor said.

The Lt Governor also interacted with the volunteers and inspected various counters put up for extending assistance to the yatris.