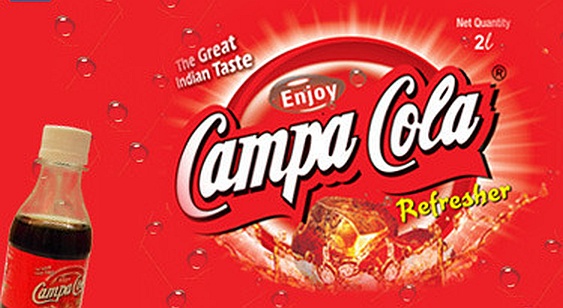 Long before Coca-Cola, there was Campa Cola.

Reliance has acquired the brand from Delhi-based Pure Drinks Group in a deal estimated at Rs 22 crore. The company will probably be launching it again in October around Diwali this year.

Campa Cola vanished from the shelves of grocery stores in 1991 and was discontinued.

A report in ET said the company will introduce cola flavor, lemon, and orange via Reliance Retail stores, JioMart, and more than 15 lakh kiranas. Now, the company will be competing with the American cola giants—Coca-Cola and PepsiCo.

Campa Cola was a huge part of the Indian market for over two decades before two US-based cola giants led to the slow death of the desi cola brand.

“Campa will be relaunched around Diwali through the Reliance Retail stores, JioMart, and the over 15 lakh kiranas who buy products from Reliance’s B2B network,” an executive with knowledge of the matter told ET on the conditions of anonymity.

“Eventually, it will be scaled up across the country when Reliance builds the FMCG distribution network,” the executive added.

Reliance will launch its FMCG business, to develop and deliver high-quality, affordable products which will solve every Indian’s daily needs, she said at RIL‘s 45th annual general meeting.

The old Indian brand was launched in the 1970s by Pure Drinks Group. The group was also behind the launch and distribution of Coca-Cola in 1949. The American brand was temporarily shunted out of the country in 1977.