‘Not My Type’: World in shock after bruised French actress posted pictures of domestic abuse 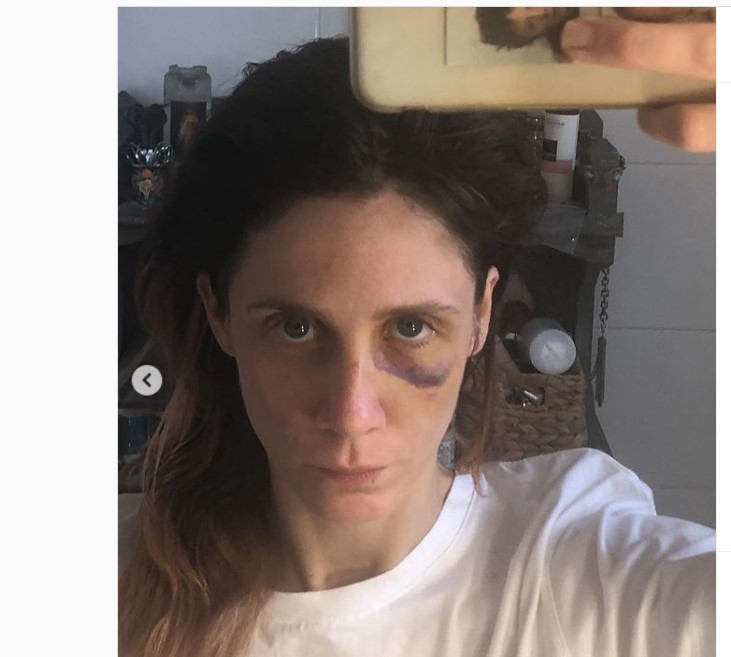 She took to her Instagram account and posted a series of photos of the injuries that she said she sustained a year ago from domestic abuse suffered at the hands of her daughter’s father, whom she did not name, reported ‘Deadline’.

This past May, according to ‘FranceInfo’, film director Yohan Manca, with whom Chemla was previously in a relationship, was given an eight-month suspended prison sentence for domestic violence against the actress.

‘Deadline’ noted that in the lengthy Insta post, Chemla wrote, “I have so much evidence that he continues to try and harm me… What must it take for him to leave me alone?” She later added, “I can’t stand it anymore. I demand peace. Is it clearer like this?”

The post began, “A year ago my face was injured, blue, purple under my eye, I saw myself deformed. A year ago I looked at my face in the mirror and I knew that I could no longer hide my face.”

‘Deadline’ added that in the post, Chemla also refers to filing more than one complaint against the perpetrator and asks, “Should I go back to the police a third time? Filing a third complaint in a year? To be in the film industry and have the sword of Damocles of eight months of a suspended sentence, isn’t that enough?

“… Should I keep this to myself? He would continue to feel above the law… He will continue to believe he can pressure me and harass me morally.”

Chemla was on the cast of the recently released comedy ‘Not My Type’ and also starred in ‘My Brothers And I’, which ran in the 2021 Un Certain Regard section of Cannes. Neither she nor the director, Manca, however, appeared for the official screening.

Citing sources at the time, ‘Variety’ reported that Chemla had filed a complaint against Manca with the police in the 10th Arrondissement of Paris after he allegedly threw a cell phone at her in the street near Theatre du Rond-Point on July 3, 2021.