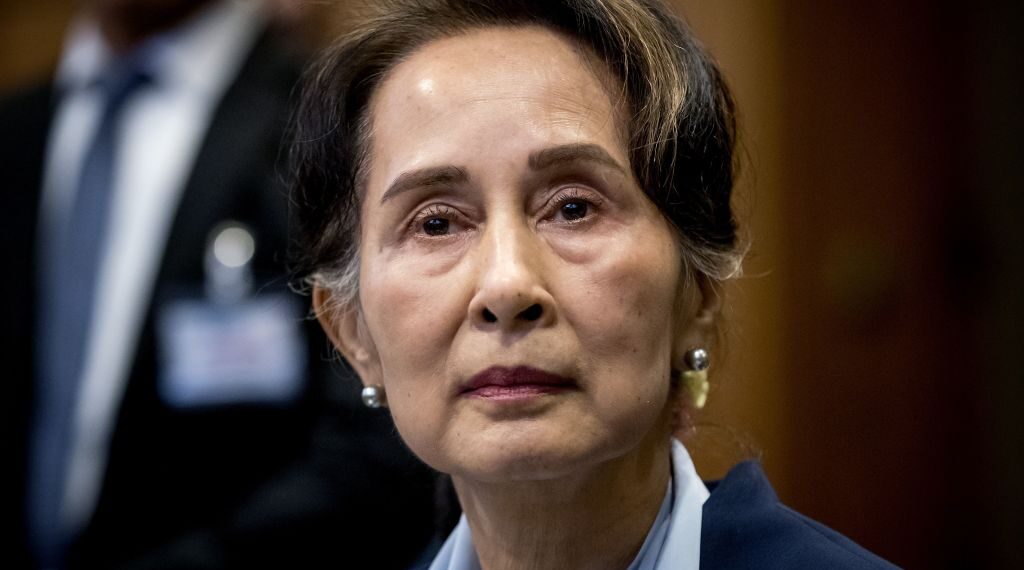 TOPSHOT - Myanmar's State Counsellor Aung San Suu Kyi looks on before the UN's International Court of Justice on December 11, 2019 in the Peace Palace of The Hague, on the second day of her hearing on the Rohingya genocide case. - Aung San Suu Kyi appears at the UN's top court today, a day after the former democracy icon was urged to "stop the genocide" against Rohingya Muslims. Once hailed internationally for her defiance of Myanmar's junta, the Nobel peace laureate will this time be on the side of the southeast Asian nation's military when she takes the stand at the International Court of Justice. (Photo by Koen Van WEEL / ANP / AFP) / Netherlands OUT (Photo by KOEN VAN WEEL/ANP/AFP via Getty Images)

Myanmar’s deposed leader Aung San Suu Kyi has been sentenced to three years in jail for electoral fraud in the 2020 polls.

The Nobel laureate, who supported the genocide of Rohingya Muslims, is charged with at least 18 offences carrying combined maximum jail terms of nearly 190 years, all but killing off any chance of a political comeback.

The latest sentence handed down by the closed court takes the total jail time the Nobel laureate and democracy figurehead is facing to two decades.

Detained since a putsch last year, Suu Kyi had already been convicted of corruption and a clutch of other charges by a closed junta court and sentenced to 17 years in prison.

A junta spokesman did not respond to a request for comment.

The military has since canceled the result and said it uncovered more than 11 million instances of voter fraud.

Last month, junta chief Min Aung Hlaing said the military was being “lenient” on Suu Kyi and could have taken “more serious actions” against her.