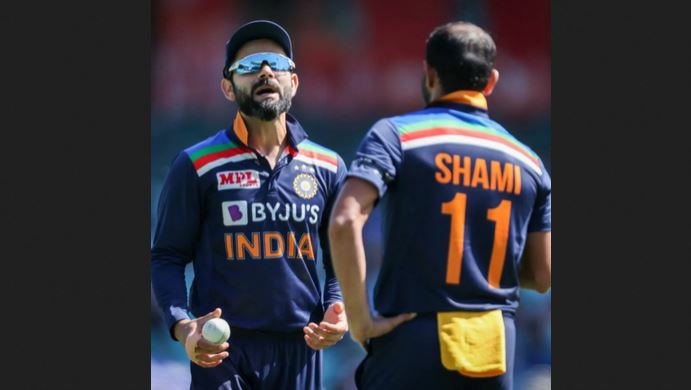 After departing from the UAE, Team India will be starting their preparations for the New Zealand series at home. While the squad is yet to be announced, it is expected to be named on November 8, 2021.

It is understood that a meeting of the national selectors is impending as they will also need to decide who will be leading the side. The Board of Control for Cricket in India (BCCI) will be selecting the batting, bowling as well as fielding coaches.

With Virat Kohli no longer the skipper, there will be a change in the leadership, there are rumours that Rohit Sharma is likely to lead the series. It is also be said that Kohli might be removed as the ODI captain as well and the ‘Hitman’ will take over the reins.

Not just that, the tenure of Ravi Shastri and his troop has also come to an end. Former Indian cricketer Rahul Dravid will now take on the reins and will be the head coach of Team India.

The side will be playing against Namibia in their final Super 12 fixture of the ICC Men’s T20 World Cup 2021 on November 8 which will be Kohli’s last game as a skipper in the shortest format of the game.

As the side will begin the preparing for the New Zealand series, which is scheduled to commence on 17th November 2021, it is now reported that several marquee players, including Kohli, Jasprit Bumrah, KL Rahul, Mohammed Shami, Ravichandran Ashwin, Rishabh Pant, and Ravindra Jadeja are all set to be rested for the series against the Kiwis.

While these players are being rested, it is learnt that all-rounder Hardik Pandya may be dropped from the Indian squad.

Venkatesh Iyer might be given a chance and the three spinners – Varun Chakravarthy, Rahul Chahar, and left-arm spinner Axar Patel – may also be added to the squad. Prasidh Krishna and Mohammed Siraj may also get a chance.

When it comes to the batting line-up, Ruturaj Gaikwad, who won the Orange Cap in the Indian Premier League (IPL) 2021, would likely be drafted into the squad. The likes of Shreyas Iyer and Ishan Kishan will also be given a chance to prove their worth.