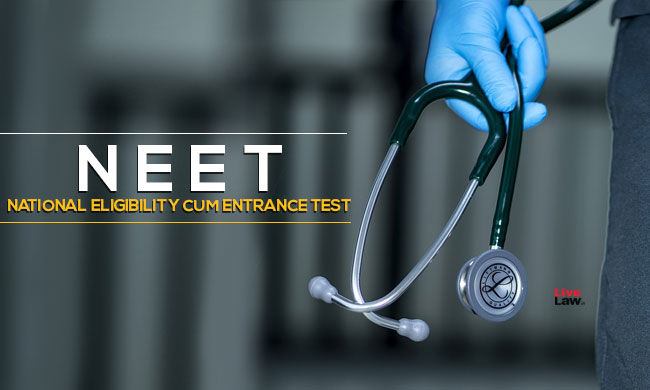 New Delhi:  Directorate General of Health Services (DGHS) has informed the Supreme Court that four rounds of online counseling for NEET-PG 2021 have been already conducted and 1,456 medical seats have remained vacant, as the software stands closed.

The DGHS said since the software is closed, further rounds of counseling could not be conducted to fill up the medical seats.

The DGHS in an affidavit submitted the software, which was used for online counseling of NEET-PG 2021, is closed and a refund of the security deposit for participating in PG counseling has been initiated.

It also added that the petitioner has made the plea at a belated stage and it may impact the whole process for the upcoming counseling session for NEET-PG 2022, and it is also difficult to run concurrent counseling for two academic sessions.

A vacation bench comprising Justices M.R. Shah and Aniruddha Bose sought a response from the Central government on petitions seeking a special stray round of counseling for the 1,456 vacant seats.

The DGHS said it has acted in a bonafide manner and complied with the direction of the apex court in full letter and spirit, and no further rounds apart from four online rounds of counseling could be conducted.

It added that NEET-PG 2021 counseling was delayed due to the third wave of the Covid-19 pandemic.

These rounds of counseling also included an additional online special round for 146 seats, following the March 31 order of the apex court, it added.

The Supreme Court is scheduled to take up the matter on Thursday.

The Supreme Court on Wednesday slammed the Medical Counselling Committee (MCC) on the 1,456 vacant medical seats in NEET PG-2021, saying if students are not given admission, then it will pass orders and also grant them compensation.

The vacation bench told the MCC Counsel, “Even if a single course has remained vacant…..You must see that they don’t remain vacant.”

The bench got angry to see that 1,456 seats have remained vacant in medical colleges during the 2021-22 session.

It said the MCC and the Central government are playing with the life of students by not conducting a mop-up round of counseling for students.

“You’re playing with the future of students….,” said the bench, adding that in May, the authorities learned that seats were vacant, why didn’t they conduct a mop-up round?

The MCC Counsel submitted that orders in the matter would lead to cascading effect and requested the court to allow him to place an affidavit on record to explain the matter.

The top court allowed the Central government to file a response in the matter.