No money, no food: Pakistan zoo managers sell lions, tigers to save resources 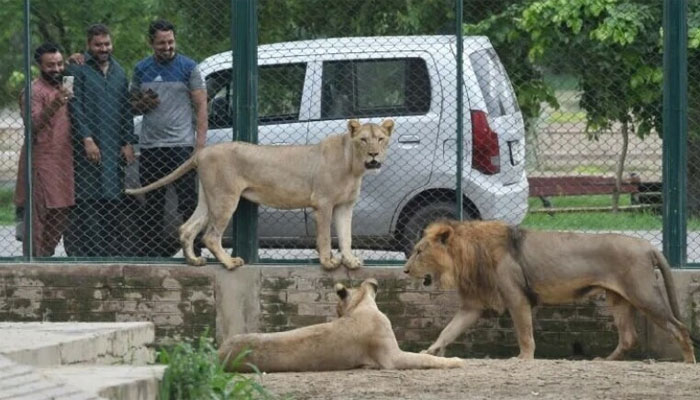 Facing a severe cash crunch, Lahore Zoo has decided to auction some animals including lions and tigers at PKR 150,000 per cat to private entities.

Lahore Zoo authorities have reportedly taken the decision so that they would save space and money.

According to Deputy Director of Lahore Zoo Tanveer Ahmed Janjua, the zoo has 29 lions at present which are between 2 and 5 years of age. Apart from the lions, the zoo also has six cheetahs and two leopards.

Tanveer Ahmed Janjua has reportedly said that 12 big cats will be auctioned on August 11.

The Zoo authorities have set the minimum bid for the lion at $700 but they are expecting to earn around 20 lakh Pakistani Rupees per lion.

Meanwhile, animal activists have opposed the decision of the Zoo authorities to auction the animals by suggesting either shifting the lions to other zoos or giving contraceptives to female lions.