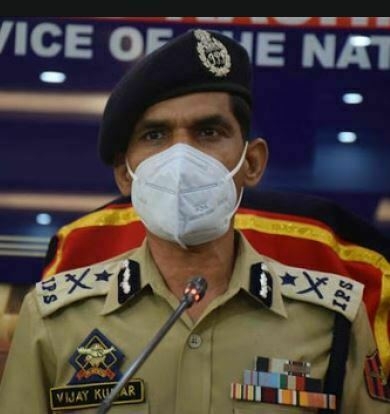 Srinagar, Aug 05: Additional Director General of Police Kashmir Zone, Vijay Kumar on Friday said that there has been no hartal call or any stone pelting incident at the encounter post Art-370 abrogation.

He also said that there has been no processions in funeral and burial over the last three years.

Kumar said that 284 people including 174 police and security forces personnel and 110 civilians were killed in militancy related incidents in Kashmir Valley post August 5, 2019.

The ADGP said that six police and security forces personnel were killed in law and order situation from August 05, 2016 to August 04, 2019, while the number is zero after abrogation of article 370.