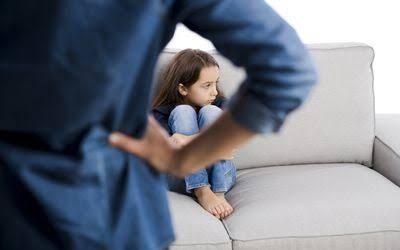 She often feels annoyed and yells at her parents for no reason. The unusual behavior has aggravated over the last three months, which prompted Mukhtar to consult a psychiatrist.

“We learned that Amreen was going through some neurological imbalance and she needs proper treatment,” he said.

Mukhtar was told that Amreen has developed these health issues due to the home confinement during the last two years of COVID-19 lockdown and prolonged exposure to electronic devices, especially smartphones.

“We have now stopped giving her smartphones. We do some physical activities as a part of the therapy suggested by the doctor,” he said.

Amreen is not an isolated case. Scores of the parents visit SMHS’ child psychiatry department to treat their children for various health issues that have aggravated post-COVID-19.

Child psychiatry department treats almost 50 patients on average daily. Of whom, nearly 20 suffer from neurological imbalance and psychological problems that have been developed due to the home confinement during lockdown coupled with the overuse of smart devices.

“We have received a lot of patients who show signs like no eye contact, no social interaction, repetitive interests and movements. These children show autistic features. The prolonged home confinement and their addiction to the smartphones and devices cause some changes in their brains,” said Yasir Ahmad Rather, consultant physiatrist and Associate professor at the Institute of Mental Health and Neurosciences (IMHANS) GMC Srinagar.

He said that the online methods of learning during lockdown have made the children habitual of smartphones.

Dr. Yasir said these issues are caused mostly because of a deficiency of melatonin and gaba-neurotransmitters.  “When some parents complained that their children had problems like lack of eye contact and language deficit, we realized that they were exposed to screens for a longer time. It has negative effects as it causes some changes in brains like deficiency of melatonin and gaba neurotransmitters,” he said.

Dr. Yasir said the exposure of children to smart devices has to be limited to prevent any serious neurological ailment in them.

“We also observed that these children showed signs of improvement when their exposure to smartphones was completely restricted. Our children during the lockdown have become habitual of smartphones and we have to take care of them now,” he said.