No B-town celebs to be invited for Priyanka Chopra-Nick Jonas’s wedding? 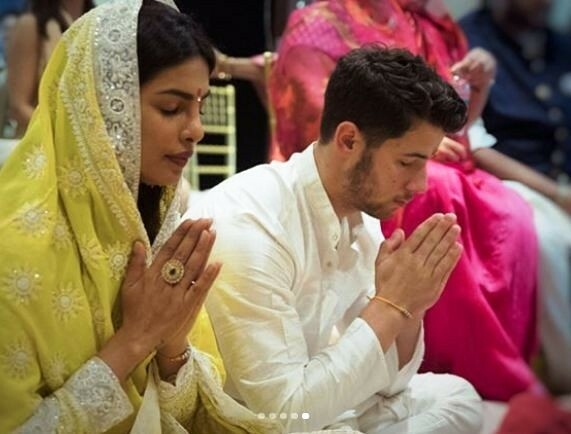 Actress Priyanka Chopra has been making headlines for her upcoming wedding with beau Nick Jonas and the celebrations seem to have already kickstarted.

The Bollywood’s hottest desi girl seemed to be enjoying the last days of her bachelor life, and we must say, like a Queen. She was recently seen partyinh with cousin Parineeti Chopra and soon-to-be sister-in-law Sophie Turner and her girls gang.

And the actress has not been shying away from treating her fans with photos and videos from her personal diaries.

In the meantime, specualtions are high that Priyanka and Nick will be tying the knot on December 2nd in Jodhpur, Rajasthan. Initially, buzz did the round that Priyanka will not be inviting any of her alleged ex-boyfriends to her wedding.

But now, reports is that the global icon won’t be inviting any Bollywood celebrity to her wedding.

As per a Pinkvilla report, Priyanka and Nick will tie the knot in the presence of their faily members and some close pals. However, they will reportedly host a reception party in Mumbai for their close friends from the circuit.

Priyanka and Nick Jonas have not officially announced about the marriage date, her pre-wedding bash looks like a confirmation of sorts. The two got engaged duo got engaged amid much fanfare at actress’s Mumbai residence. Only family and close friends attended the Roka ceremony which took place on August 18, 2018. Now, all eyes are set on the much-awaited wedding ceremony. The couple has remained tight-lipped about the whole affair.